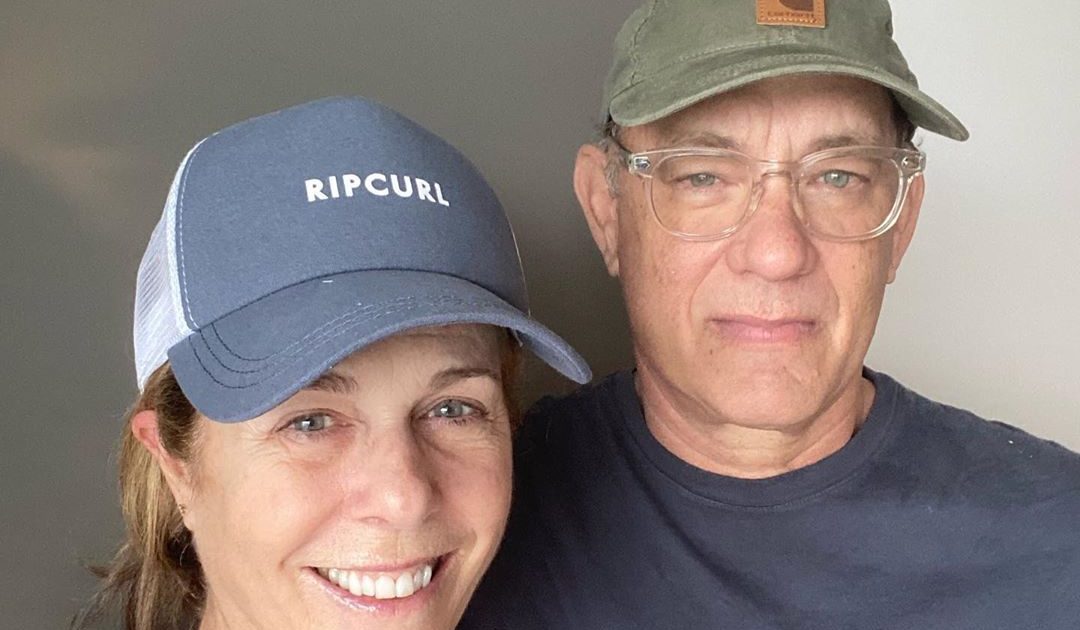 Tom Hanks Updates As He And Wilson Recovers From Covid-19

The world was shocked by the spread of the pandemic, but it was worse when news broke out that Hollywood celebrity Tom Hanks and his partner Rita Wilson had contracted Covid-19. There was even fake news spreading that the couple had died from the disease, but these pictures certainly prove that news to be untrue.

Tom Hanks has been keeping in touch with fans since their isolation until complete recovery began. In their previous post, Hank wrote, “Not much more to it than a one-day-at-a-time approach, no?”

Three days ago, the couple shared a selfie together in their residence. Hank wrote, “We have Covid-19 and are in isolation so we do not spread it to anyone else.”

“We are taking it one-day-at-a-time. There are things we can all do to get through this by following the advice of experts and taking care of ourselves and each other, no?”

The novel coronavirus that first broke out in Wuhan, China, have infected 169,605 people across 157 countries. While the WHO has officially declared this a pandemic, there are reasons to remain calm. Having the infection rate of 2 to 3 times to that of influenza’s, approximately 45% of them have full recovered. Another 45% have mild conditions that allow them to recuperate at home only through self-isolation as the case is with Tom Hanks and Rita Wilson.

By March 3, WHO estimates the death rate after contracting this virus to be 3.4% and in several areas, it is as low as 0.7%. There are about 6,500 reported death, but in stark comparison, influenza has killed 34,157 people according to the 2018-2019 CDC statistics. Get your flu shot if you haven’t.

In another light-hearted mood post, Hank showed his breakfast which is toast with thick layers of Vegemite.

Facing a closing end to his isolation, Hanks added the caption: Thanks to the Helpers. Let’s take care of ourselves and each other.

His post had led to people wondering at the thick layer of Vegemite spread on the toast and if those are really his breakfast. That question remains unanswered, but we’re actually happy to see that the two of them sound okay.

Since recovered patients have shown to still be susceptible to the virus after a certain time, people are requested to stay at home and stop. The two were requested to isolate themselves in Australia since Hanks was doing pre-production on the untitled Elvis Presley’s movie.