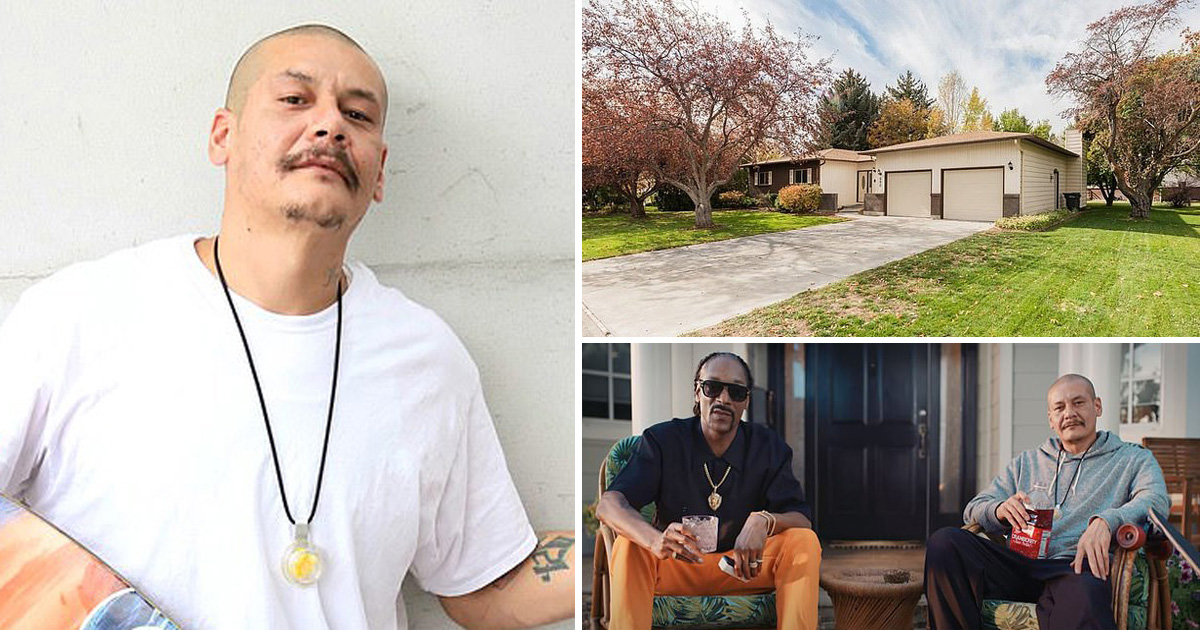 TikTok star ‘Doggface’ now lives in his very own home in Idaho Falls. His life changed from a man who lives in his own RV to an engaged man with his own car and home.

He will be receiving the keys in the next few weeks. The man experienced a drastic change in life after posting a video of himself riding a longboard to get to work. Back then, Doggface’s car broke down, and while riding the board to work, he uploaded a TikTok video of himself singing to ‘Dreams’ by Fleetwood Mac as he chugged down on his bottle of cranberry juice.

As he surfs through the highway, the TikTok video went viral and has been viewed almost 12m times on TikTok. Even celebrities like Mick Fleetwood and Stevie Nicks responded to the video by making their own versions.

As it appears, Doggface is a dancer who lives poorly, and it prompted many to send in donations. All of a sudden, Doggface was drowning in money and even got a new truck from Ocean Spray. He is now so popular that he was with Snoop Dog in a commercial for Vivint’s home security system.

This the video that suddenly propelled his life forward.

He now has millions of followers on Instagram ad TikTok. The man started a merchandise store immediately, selling t-shirts as well as hoodies with pictures of the viral video scene. Apocada even had a costume of himself for the past Halloween, and people bought it!

He is also recently engaged to Estela Chavez, whom he proposed in Las Vegas.

Apocada invited his then-girlfriend to Nobu Hotel at Caesar’s Palace and popped the question as he showed the ring he bought from Angel City Jewelers. They are now a family of four people, with two daughters from Apocada’s previous relationship.

Doggface is also proud about getting new veneers from Dr. Aamir Wahab and showed off his now straightened and white set of teeth.

Before owning a home, Doggface did not even have a home. His RV does not have running water, and he always goes to his brother’s bathroom to clean himself. Now, he has a beautiful home surrounded by nature and the means to let his family live a happy life!

Doggface is now coveted by high-profile commercials and cameos on many shows. The popularity and fame have given him the stability he could never dream of. As he was given a truck to drive, his goal immediately changed to a house, and that’s what he got!