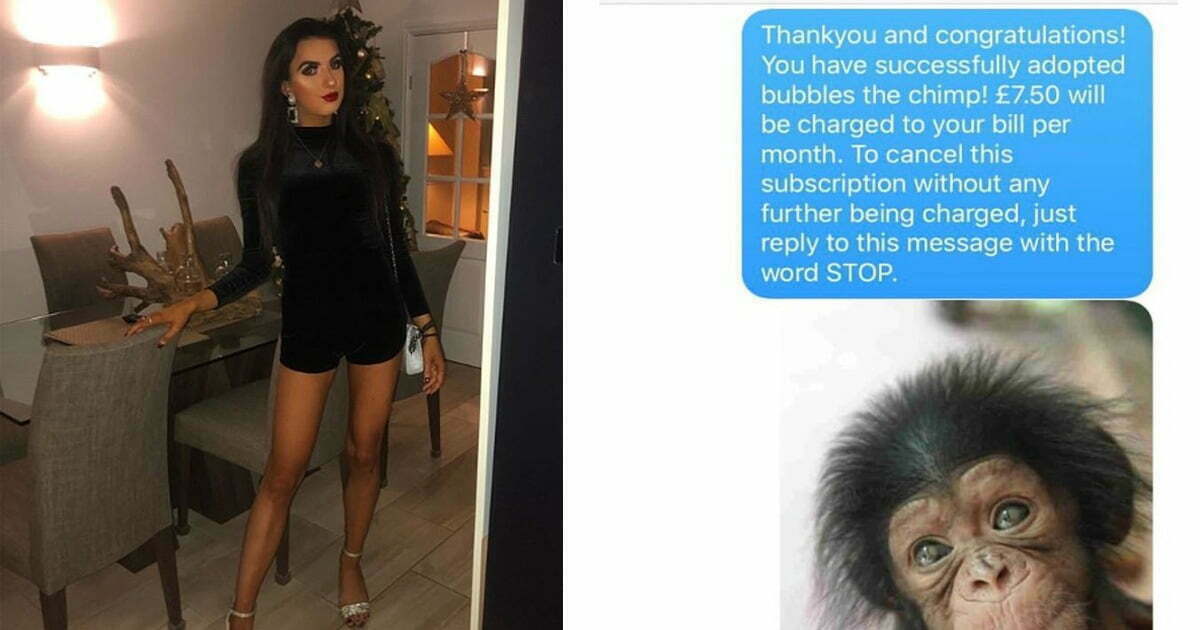 A woman has exposed the unbelievable hoax she pulled on a man who gave her his number after convincing him he’s signed up for the adoption of a chimp.

Emily Cain who is a student in Newcastle sort to have some fun time with an unidentified man by sending him messages from a supposed “animal rescue centre” with the claim that he’d set up direct debit towards helping “Bubbles the chimp”.

The hilarious messages which Emily shared on Twitter were liked by over 20,000 people with several hundreds of comments and almost 3,000 retweets on twitter.

Emily also wrote along with her tweet: ‘a guy just sent his number and I thought to take advantage of this.’

Emily started the discussion by appreciating the man for the successful adoption of ‘Bubbles the chimp’ before telling him that he will be charged the sum of £7.50 monthly. She also noted that he is at liberty to text the word ‘stop’ at any time to end the subscription. However, each time he texts the ‘stop’ she adds more to his false bill.

The first time he texts the word ‘stop’, she replied “congratulations and thanks from all of us at the animal rescue centre and Bubble the chimp himself for donating extra £5 monthly for food and water.

After another trial, Emily sent the picture of a toy chimp after she’d already sent a real image of ‘Bubbles.’

Following several unsuccessful attempts by the man to cancel the subscription he angrily replied one of her messages with: “I swear to call the cops if any money comes out of my bank on direct debit”. With his bill having reached £24.50 the man wanted the subscription to end, so he requested a support number.

Finally, Emily revealed the truth when she wrote you have been pranked by the prank patrol, love Emily. The man simply replied ‘You are horrible’