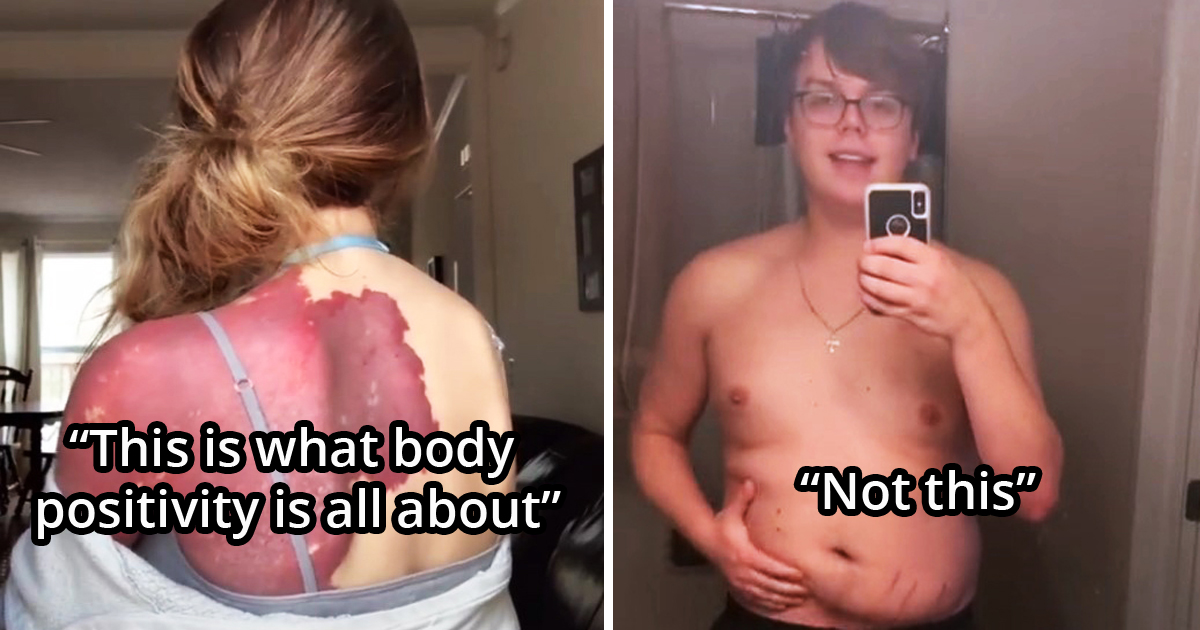 Body positivity has been gaining traction, which women majorly back. It is about celebrating all body and shape types to fight against the unhealthy body image social media is aggressively portraying. But it’s not just about weight – body positivity is about loving yourself, whatever your skin color and disorder that you may have, or the shape that you have.

Celebrating body positivity, TikTok user nottator_tot2000 shared a stitch with Lexi Diane, an 18-year-old TikToker with a huge birthmark on her shoulder and arm.

Combating unhealthy views that celebrate obesity, Taylor reminded people what body positivity is supposed to be about.

The video shifts to show the kind of body that he doesn’t want to celebrate: his own!

Lizzie Cernik wrote on The Guardian, “Body positivity began as a powerful antidote to the media’s obsession with skeletal models and beachball-breasted glamour girls.”

The movement initially encourages women to stop dreaming about the ‘ideal’ body shapes that influencers and celebrities promote on their platforms. These are “impossible beauty ideals” overused in all media: the TV, ad banners, movies, somehow sending the hidden signal that anything else non-Barbie isn’t pretty.

It worked; it prevented the rise of orthorexia, an eating disorder linked to the rising popularity of several nutritional diet plans.

“Your skin is supposed to stretch!” said Taylor as he pointed out his stretch marks.

Yet, the movement continues to grow, and people are gobbling it up without fully understanding what it truly means. Figures are turning it into “the fat acceptance movement aims to normalize obesity, letting everyone know that it’s fine to be fat.”

In fact, one wrong step into sounding concerns to medically obese individuals can be referred to as bullying.

But the statistics are concerning: 75% of adult Americans are overweight or obese.

“Because while the body positivity movement celebrates all bodies that spill over the waistband of what is currently acceptable, it fails to illuminate the reasons why so many people have such bitter and violent relationships with their bodies to begin with,” wrote Eva Wiseman on The Guardian.

“Which is why I support a move away from body positivity, and all the “smile for the camera” pressures that involves, and towards a new era of body neutrality.”

People are agreeing to some truths that Taylor pointed out.

A majority of them pointed out that stretch marks can come from many factors, including pregnancy. But some agreed that celebrating obesity should not be encouraged and that body positivity is to embrace factors of your body that you cannot change.