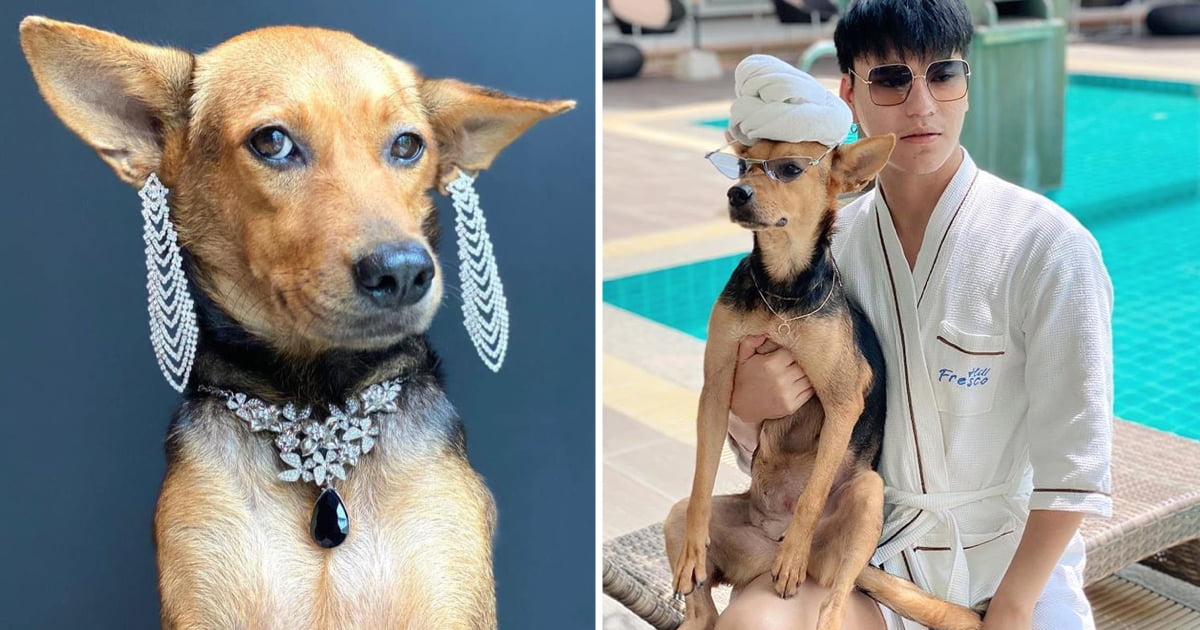 Thousands suffer from homelessness. Begging for food and money to remain alive has gradually become a norm. People, including numerous pets, sleep under bridges when it’s time to retire at night, but not all are lucky as a few lost their lives in the process of survival. Many of us fail to discuss the number of stray animals who experience the same fate as homeless counterparts. Never ignore homeless animals – they deserve your help even if you can’t adopt them.

Out of the millions of stray dogs and cats roaming the street, a dog recently got fortunate when a drunk man brought it home. Ever done something you regret after taking a few drinks? The case of Yutthaphum Kawerkhem from Bangkok and a stray dog doesn’t hold any regret as it appeared incredibly successful. Their journey kicked off two weeks ago when Yutthaphum got drunk and accidentally brought a random stray dog into his house.

The hangover guy woke up the next morning, only to find a dog sleeping next to him. He took the dog back to the restaurant and bought it food intending to bid it goodbye. But soon enough, he discovered the animal had no home, and instantly, he decided to adopt it. Since the incident got viral on the internet, the pup who is presently showered with lots of love has become an internet sensation.

Finding a new forever home and a fun-loving owner is undoubtedly a happy moment for the now-adopted stray dog named Moo Ta, as evident in its photos. The location where the duo first met inspired the name, and now they are inseparable.

‘My friends don’t know to stop me from doing things. This is the restaurant in front of the village, and instead of stopping me from doing this, my friends recorded the clip before journeying home.’ Yutthaphum, who preferably called Boom, had explained.

Nevertheless, it seems boom enjoys taking pictures with his best friend. Moo Ta is now dressed in earrings, necklaces, sunglasses as well as it appears to have a particular fondness for cartoons. Do you wish to see more of Moo Ta? Of course, we do hope to see more of Moo Ta and her owner. But for now, it’s finger crossed!