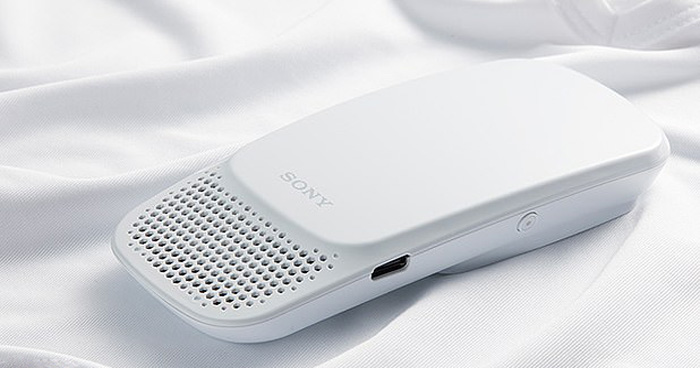 Sony recently launched a new gadget, that could just redefine personal comfort and pleasure. A personal air conditioner that will be able to cool your body by during the hot summer by 23 degrees Fahrenheit in just five minutes of full power run. It comes in handy too in the winter or those cold nights and could warm the body by up to 24 degrees.

The device is designed to be stored inside a person’s shirt collar, it works by creating an envelope of air around the wearer’s torso which cools or warms the body depending on their preferences.

Called the Reon Pocket, the wallet-sized device weighs just three ounces and can be controlled through a companion app.

The device is powered by a rechargeable lithium battery that Sony claims can run continuously for 90 minutes.

Sony is also selling custom t-shirts with small pockets sewn into the back collar of the shirt to hold the device.

Reon pocket currently retails at $130 and is only stocked by Japanese online retailers. Sony hasn’t announced any plans to release the device in any other market.

Sony also designed a custom T-shirt with a small slot for the device to slide into in the back collar.

The device was scheduled to be released during the 2020 Olympic Games in Tokyo but with the event’s postponement, Sony decided to move on with their release plans anyway.

Some early customer reviews have been enthusiastic, but others have found it disappointing.

some have complained about the noise it produces, comparing it to having a fan constantly running behind your head. Did Sony hit or miss with the Reon Pocket?