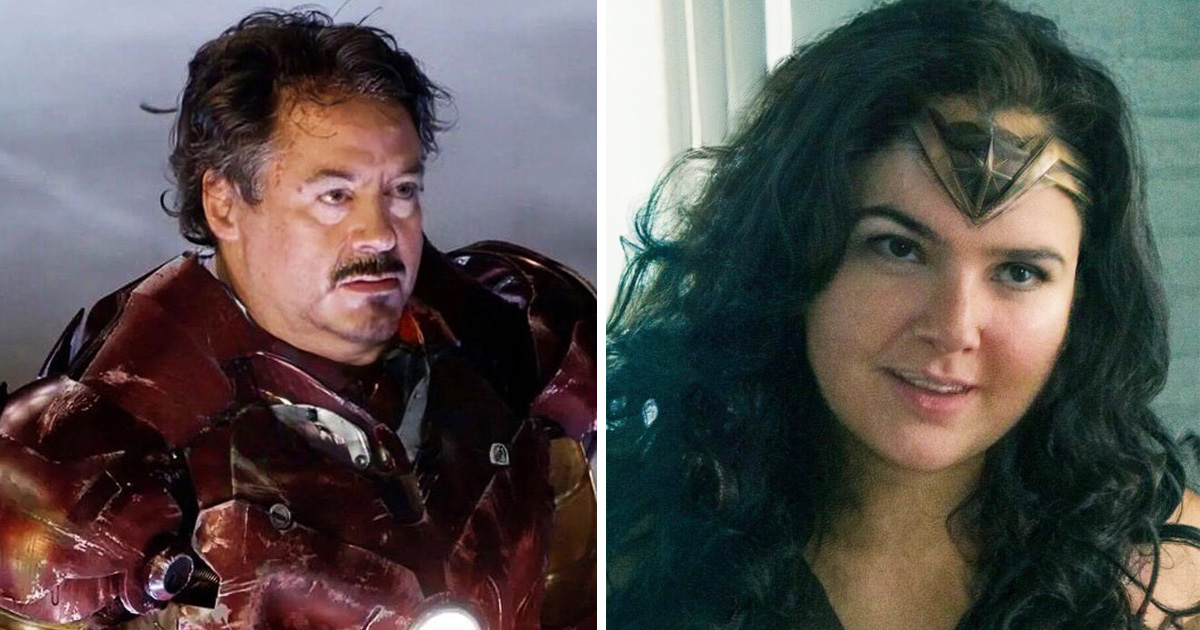 When you think about one hero who has been gained a bit of weight since his depression took over, you’d probably think of Thor, Chris Hemsworth’s character in the Marvel series. Apparently, the extra fat he put on is just cosmetics – Chris is still very much keeping a good shape.

Thor put on some weight on ‘Avengers: Endgame’. But here, let’s imagine him in an earlier appearance, ‘Thor 1’.

But this app filter changes everything. Now, it’s not just Thor that you can see with chubby face. Someone has used the chubby face filter on multiple other superheroes and the results are truly adorable, not to mention believable.

If you really love how different celebrities look like with face filters, we suggest you look at this hilarious gender swap list!

Still can fly and shoot with no problem.

Joker if he chose to stress eating instead of instigating chaos and murder.

Mr. Stark had spent a bit too much time in his lab.

Scarlet Witch doesn’t really move a lot and mostly fights with her mind.

The kind of look we’d expect of Captain America when he finally lives the life he’d always wanted.

Superman also technically doesn’t need to workout or have muscles to be strong, right?

The God of Prank.

Batman is old, cut him some slack.

So, Diana kind of look like she loves dessert.