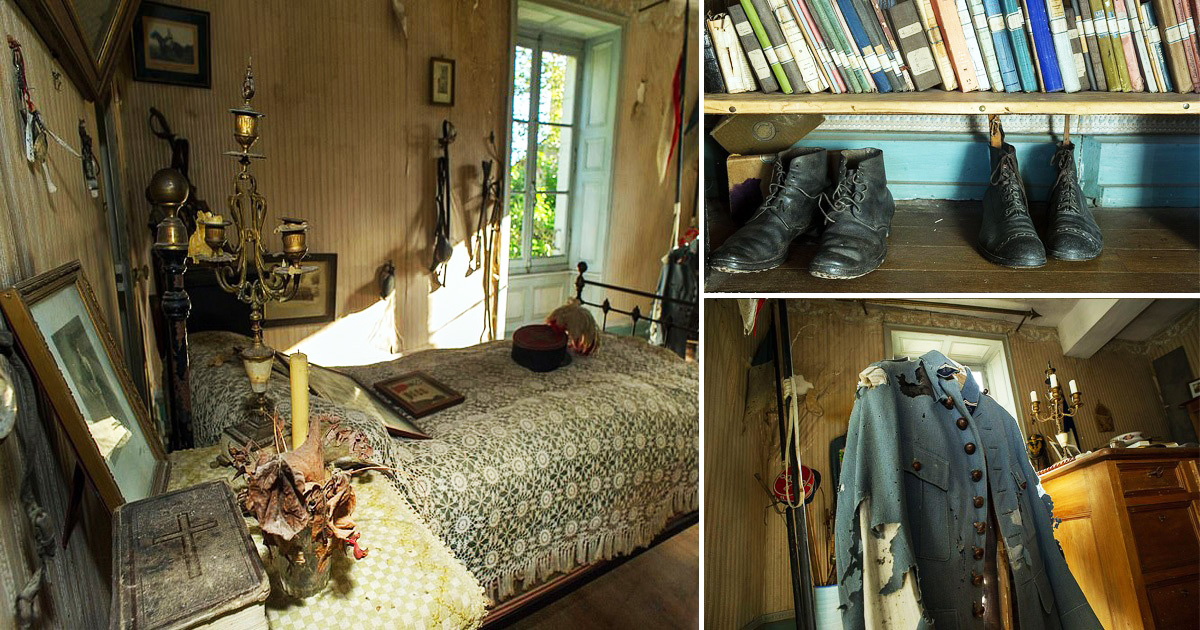 Soldier’s Bedroom Has Been Left Untouched Since World War I

Hubert Rochereau knew every step he takes out of his bedroom to a faraway location could be his very ones. As a soldier fighting during World War I, Hubert was just one among millions of casualties caused in it.

It appears that his last step was in 1918 when he died in the field ambulance while fighting near the village of Loker, Flanders. He was 21 years old. He died on April 26 and his parents who were unable to find his body decided to turn his bedroom into a shrine.

Hubert was buried in a British cemetery and his parents repatriated his body in 1922 to his home village in Bélâbre. But to this day, his bedroom remains a shrine of his and has not been touched since the day he left 102 years ago.

In 1935, the house had a new owner after the couple died to French General Eugene Bridoux. The entrance to their beloved son’s room was bricked and in the will, it was stipulated for the room to never be moved, changed or touched for the next 500 years.

A stunning view of a 21-year-old after he took his last step out of the room to fight during WWI.

His military jacket was left hanging in the corner of the room, moths eating through its fabrics. His bed, desk and other furniture have not been moved for more than a century. His belongings were displayed on his desk; old pistols, knives, and drawings represented a little about the man who used to live here.

On the bed lays Hubert’s posthumous Croix de Guerre for his bravery on the battlefield by his parents right before they left.

The house was later rented by several families, but the room that was bricked remain as a shrine. The wall was finally taken down by Bridoux’s granddaughter and husband Daniel Fabre who bought the property in the 1950s.

Back in 2014, Bélâbre’s mayor, Laurent Laroche was invited by Daniel Fabre to visit the property. While it was private property, the owner was keen to keep the room as it is in respect of the wishes of the parents. “A sense of responsibility and perhaps pride certainly haunted this family of soldiers, one of whose ancestors had served as house marshal under Napoleon,” the man commented.

“We cannot forget that it is private property,” he said. “Mr. Fabre has two daughters and we don’t know what they will do with it one day. Indeed, they are perfectly free to do whatever they want.”