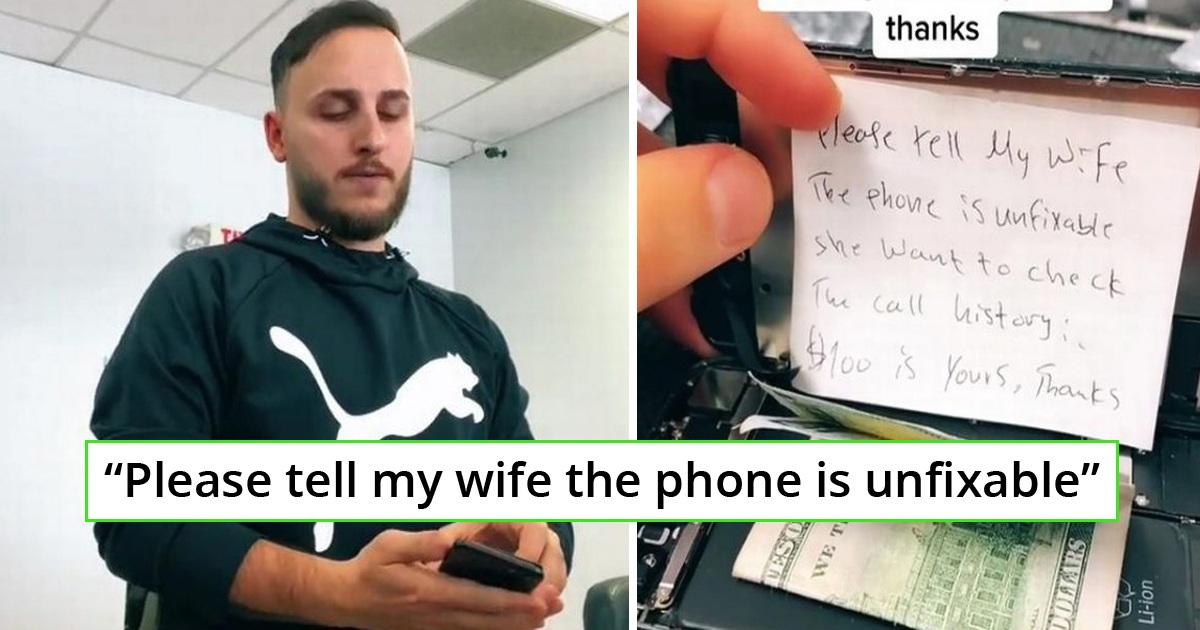 Accidents happen! The crack of a phone’s screen or the break of a charging port can be worrisome, especially as most of us are under stay at home orders due to the suppressing global pandemic. People are spending quality time at home, and there are chances of texting, making calls, and watching videos from a phone. Moreover, who wouldn’t want to repair their damaged phones?

It appears a man is willing to go out of the moon not to have his broken smartphone fixed. Could he be cheating on his partner? Or perhaps could his life be in great danger? A repairman was recently left stunned to find a note asking him not to repair a broken phone. And amusingly, the weird request came with a $100 bribe.

Sharing the incident to TikTok, the repairman, identified as Mani Warda, showed both the surprising note and the broken phone. It has did gone viral, with over two million views and comments. Many TikTok users applauded the repairman for sensibly handling the situation, while a few insisted he had broken the guy’s code.

‘A customer and his wife came in earlier today. They insisted I fix a broken phone. I was like, all right, give me an hour to finish it for you. But when I came to the back and opened it up, I discovered an interesting note.’ Warda captioned the clip.

Showing off the handwritten notes, it reads: ‘Please tell my wife the phone is unfixable. She wants to check the call history. $100 is your thanks!’ Warda, the repairman, then questioned: ‘What do you think I should do?

Many users advised him to keep the hundred dollar bill and inform the woman. It turned out that Warda, in an updated clip, told the woman about the note. ‘I couldn’t fix it because I opened it and here’s what I saw inside. I want nothing to do with this, and I don’t want you guys to get me involved.’

Disappointed at her husband’s action, the woman went on to tell Warda that she would pay him an extra $200 to repair the phone, to which he agreed, wanting the woman to know the real truth. Warda is indeed a great man, as no one deserves to be cheated on. In the final lap of the incident, Warda also shared another clip where the angered husband confronted him at the store.