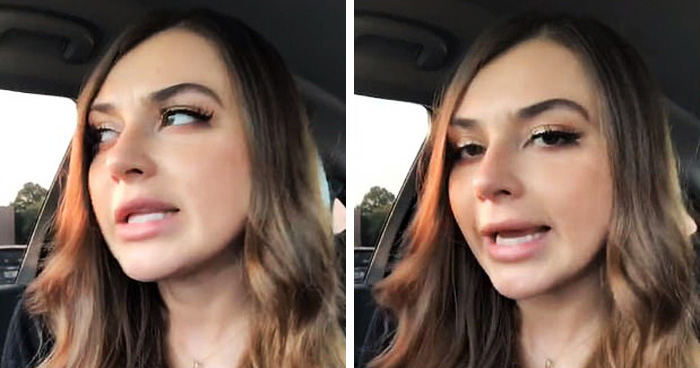 There’s nothing fun about getting cheated on. Not only is it heartbroken and horrible, but those who are cheated on often feel embarrassed over the incident. It’s, on the other hand, not shocking that Karma hits, exposing cheaters unexpectedly.

Recently, a Jeweler, who worked at a Jewelry store mistakenly exposed a cheating husband who came in to pick up a 10th-anniversary gift for his wife and a one-year anniversary for girlfriend. Unfortunately, the gifts were accidentally mixed up, resulting in the expose.

Zoe Roe, a Jeweler mistakenly exposed a cheating husband who came in to pick up a 10th-anniversary gift for his wife and a one-year anniversary for girlfriend

Taking the story to TikTok, Zoe Roe with over 300K followers explained in a now-viral video how she accidentally mixed up the bags and admitted the man’s wife would be opening the mistress’ gift. ‘During working hours, a man came in searching for a gift for his wife for their 10th year anniversary.’ Zoe captioned the clip, which have now been viewed over 8million times.

‘The man picked out a piece that said My Beautiful Wife and I asked: anything else for today? And he replied: That’s it for my wife but I do want to make another purchase using a different card. ‘What are you looking for? I asked and he said ‘Do you have anything that says GF?’ Zoe explained.

She acknowledged helping the man to pick up gift for his girlfriend as well as something that marked their one-year of being together. ‘I boxed up everything and placed them in different bags. He had me mark a K for Kristen for his wife and an L for Laura on his GF’s bag.’ So I just remembered that his wife’s name is actually Laura and his GF is Kristin.’ Zoe stated, adding that she mixed up the bags.

Over 20K users have commented with debate about whether or not she was wrong for exposing the cheating husband. A few opined they could have been in a polyamorous relationship, which of course was refuted.

Nevertheless, a few are desperate to hear what transpired between Laura and Kristen, urging Zoe to film a part two if eventually, the husband returns to the store.