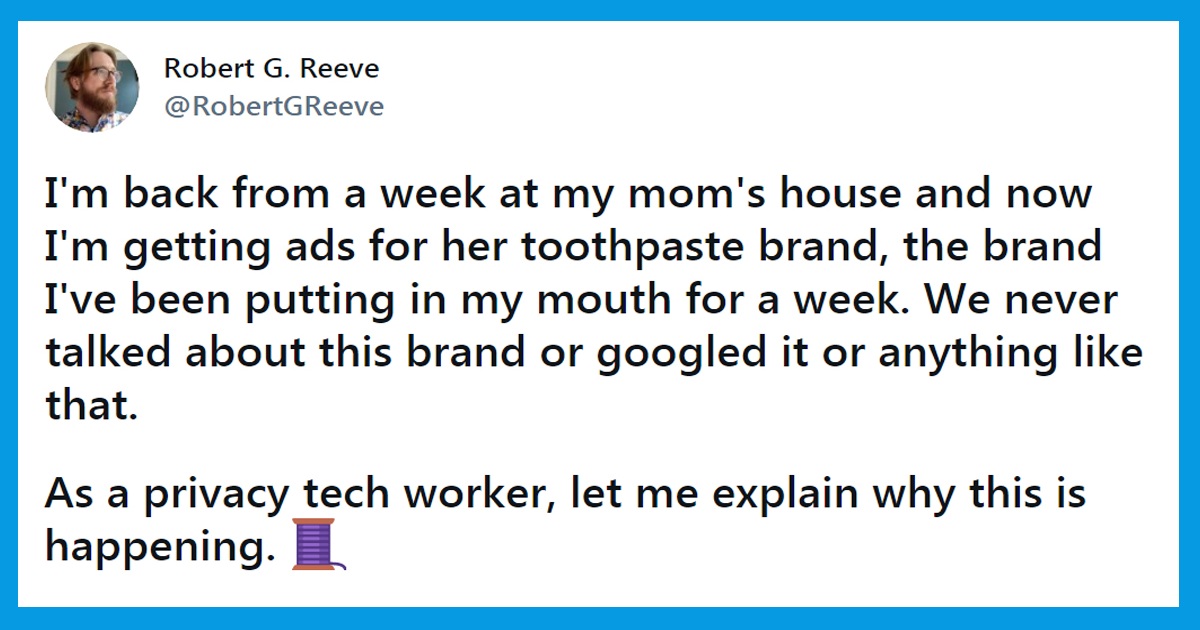 Some people believe that Alexa is always listening in. Google Assistant and Siri are also always on standby, awaiting your commands. Our privacy is constantly at risk, and it’s almost non-existent at this point. One thing that convinces us is how the ads shown to us seem to hit way too close to home.

The things we Google talked about in a room within Alexa’s earshot and purchased at the store using our card – how far have our privacy been penetrated? Robert G. Reeve, who works as a privacy tech worker, decided to explain how Google ads would still know even if you have never done any of the above.

Targeted ads are supposed to help consumers and buyers ‘match’ faster. But at some point, they’ve become instead intrusive.

The way companies and sites aggregate data can be very aggressive.

But there’s nothing we can do now – all these social media apps, companies, sites, that we signed up with our personal data have gained them.

Where do we draw the line?

Remember to actively protect your data!

Even without listening in, our behavior can still be tracked because of the digital footprints we’re living behind. Companies are even more eager than just tracking our behavior. Remember when Apple apologizes for listening to personal Siri recordings?

Northeastern University academics went on to research over 17,000 most popular Android apps. The good news: these apps don’t actively record and send out audio without being prompted. The bad news?

They actually record your phone’s screen and then send those data to third parties. They found out that screenshots and video recordings of the phone’s screen were sent to other parties. What’s even worse is that users never actually read the privacy policy, and many of these apps got away just like that.

Let’s not get started on Facebook and their subsidiaries.

People are thankful and shared their own findings as well.