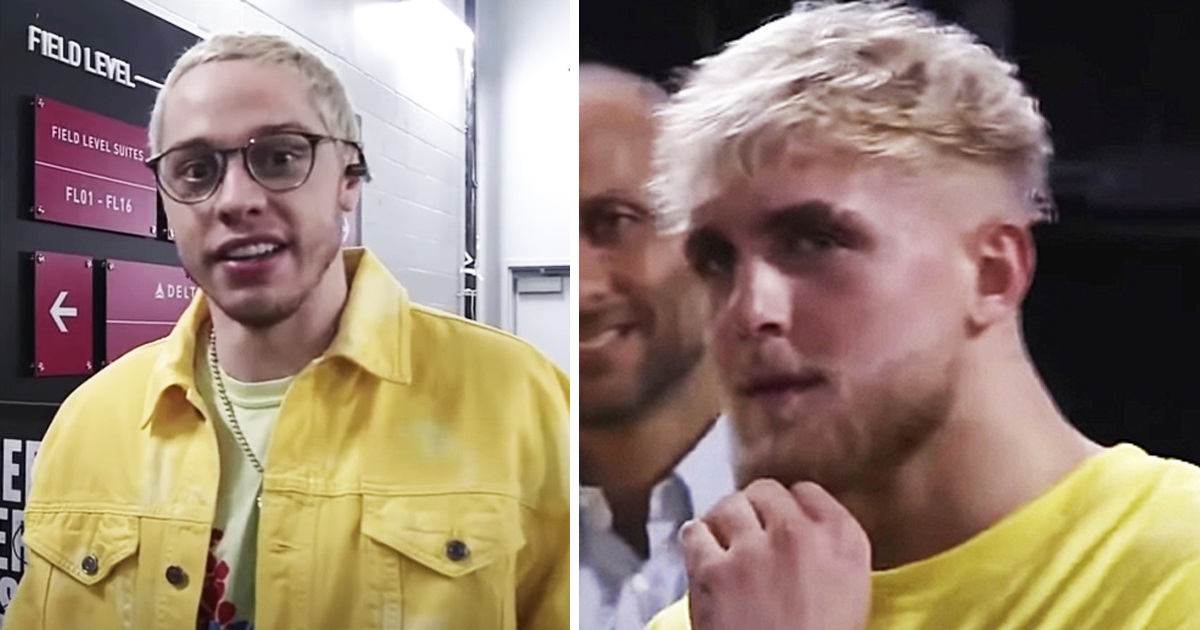 Jake Paul won on his match against ex-UFC fighter Ben Askren last week with a solid hit. The Triller Fight ended within a few minutes, which led to a lot of disappointment from fans who had been waiting for the match.

That wasn’t all. Jake Paul had faced a sexual assault allegation from Justine Paradise about a week before the match.

The question was muted, but during the interview, Pete opened with a question regarding the sexual assault allegation.

Before the question, Pete said, “You remind me of Charlie Sheen when he went on his winning tirade.”

#PeteDavidson asked #JakePaul about the sexual assault allegation in his locker room immediately before he took the ring in his fight against #BenAskren. 😱 pic.twitter.com/9tkmIjhglh

It went awkward with Jake saying, “You can’t joke around about that.”

Awkward laughter erupted, but Pete refuted, “No, I’m not, I’m not.”

In an effort to lighten up the mood, the topic changed to his favorite color. But the blow has been delivered.

Justine Paradise shared the terrifying experience from when they met on Summer 2019.

Justine Paradise shared her full account of what happened. Without her consent, Jake had forcefully made her give him oral sex. In her confusion, she couldn’t fight back and eventually, didn’t share about the story because she was scared.

Right after, he went to interview his opponent, Ben Askren. Ben wondered why Pete didn’t like him.

Jokingly, Pete answered, “Well, I mean, do you have an hour?”

“I mean, he’s not a good person. He clearly is not a good influence on any of the youth culture.”

“He has this whole following, so he thinks he can do whatever he wants? Didn’t he get busted by the feds with like AKs and machine guns? Why isn’t he in jail?” he continued.

Yes, he did. The FBI actually searched his house and found multiple firearms.

Ben replied, “He’s a decent fighter, he’s still a sh**bag as a human being.”

Painting the obvious picture that Askren is the babyface and Paul is the heel. #trillerfightclub pic.twitter.com/y8O1Wvc4iW

Pete followed up, “That’s the message we’re trying to get to the kids — that he’s a piece of sh**.”

Then he casually signed off the interview by wishing him a good luck. You can absolutely see them vibe at the same wavelength by then. Unfortunately, Ben lost the match.