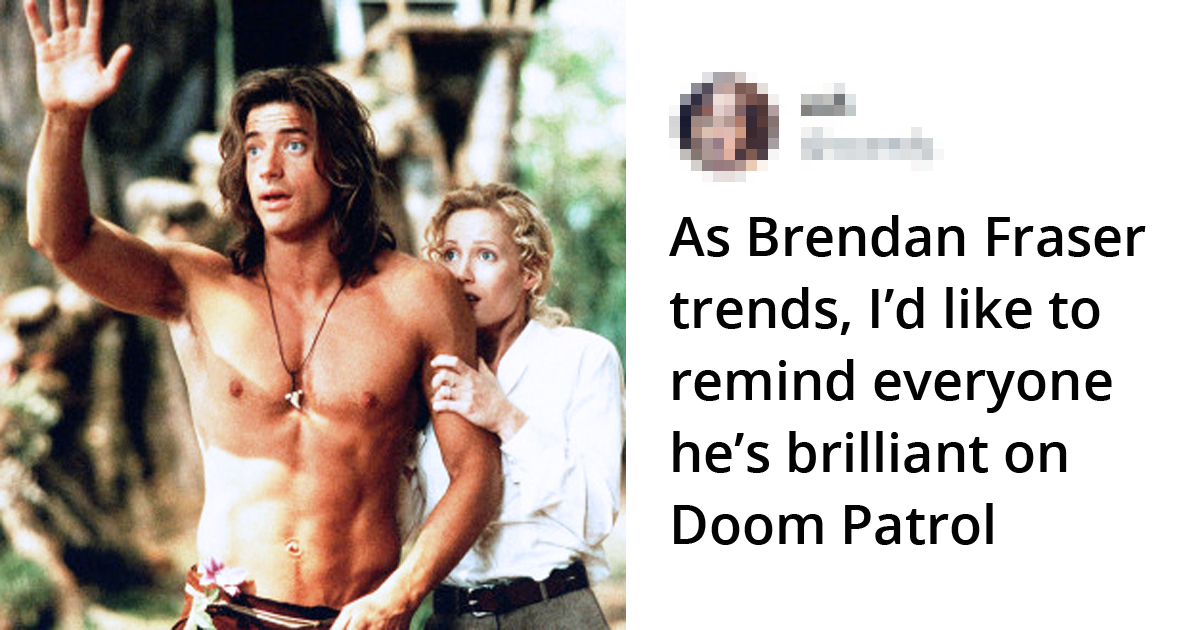 People Are Tweeting Brendan Fraser is An Underrated Actor, And He Deserves All The Love

One of Hollywood’s greatest actors was Brendan Fraser. He wasn’t just the crush of many – the man had talent and prowess that many actors and actresses didn’t have. ‘The Mummy,’ ‘Journey to The Center of The Earth,’ and ‘Inkheart’ are some of his greatest works ever. Of course, this isn’t a biased overview from the writer because fantasy and fiction genres are just his best touches.

The 52-year-old was the man we grew up with. Some of us were still children; some others were in their adolescent years. Nevertheless, the time when he’d hack and slash the undead in ‘The Mummy’ or take on the dangerous journey in ‘Journey to The Center of The Earth,’ Brendan Fraser is just that lovable.

Yet, his career hit rock bottom, and he turned into a shameful meme by trolls who made fun of him when he didn’t stay fit.

5. George of the Jungle

6. He is such a unique character.

Despite his amazing reputation and nominations, Brendan Fraser was denied his claims of sexual harassment from HFPA (Hollywood Foreign Press Association). Recalling that event, Brendan said, “I felt ill. I felt like a little kid. I felt like someone had thrown invisible paint on me.”

While later, the perpetrator apologized and admitted to having done it ‘out of jest,’ Fraser did not budge. “I’m the only one who would know where I was touched on my body,” he continued. Regardless, the damage was done.

9. Basically everything he did was a masterpiece.

10. He even adopted a horse after ‘School Ties’!

11. Such an amazing actor ruined by corrupted people from the industry.

“I think I’m just the first brick in the path. Maybe someone else will put another brick down, and the path will continue. I don’t know,” Brendan continued commenting. From one of the 2000s’ era’s highest-grossing actors, he was hurled to the bottom-most and starred in projects people forget. It wasn’t his acting – those projects were what people blame.