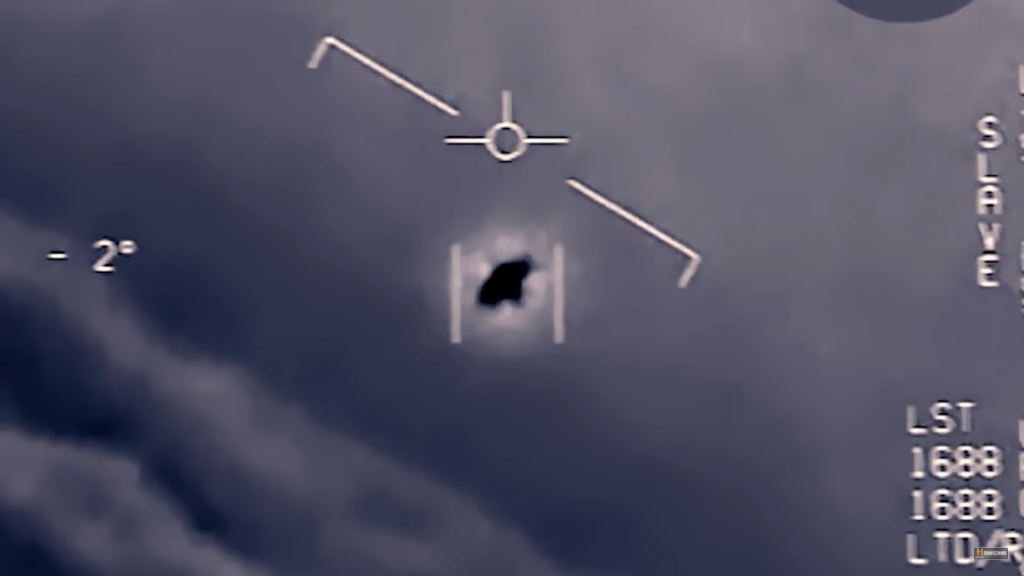 These are three unclassified videos that went viral for a few years before Pentagon admits them. Referred to as Unidentified Aerial Phenomenon or UAP, Pentagon explains the first video was captured in November 2004 and the other two were in January 2015 according to the spokeswoman of Defense Department.

Gough explained, “After a thorough review, the department has determined that the authorized release of these unclassified videos does not reveal any sensitive capabilities or systems, and does not impinge on any subsequent investigations of military air space incursions by unidentified aerial phenomena.”

The first official footage that was caught in 2004 showed a clearly oblong object as our pilot/WSO captured this in a broad daylight. As he changes his view a few times and zoomed it in and out, the object began shifting rapidly as the the sensor tried to keep up in relocking the object.

The object ‘escaped’ as it accelerated to the left. The pilot who saw that told The Times, “It accelerated like nothing I’ve ever seen.” The pilots who were on a routine training mission was dispatched to investigate the unidentified aircraft that was first reported by a Navy cruise.

They left after it accelerated away from their sight but 40 miles away from the rendezvous point, the object was radioed by the same Navy cruise and it seemed like it traveled that distance in less than a minute. In addition, “this thing has no wings.”

Pilot David Fraver said, “I can tell you, I think it was not from this world. I’m not crazy, haven’t been drinking. It was ― after 18 years of flying, I’ve seen pretty much about everything that I can see in that realm, and this was nothing close.”

The second video, Gimbal, was captured in 2015, the same year as the third video. The two videos involved real fighter pilots who were taken aback in disbelief at what they were witnessing.

In Gimbal video, the pilots were more than 25,000ft above ground when they locked on and followed the UFO. When one pilot suggested that was a drone, the other said that there is a fleet of them. The object was flying in a stable speed against the wind that is 120 knots to the west.

Next thing they knew it was rotating and eagle-eyed viewers may even be able to make out the object having the classic shape of a saucer.

The third video referred to as Go Fast since it was a UAP that was flying at a super high speed above water. The pilots made multiple attempts just to be able to lock on the object

The later two sightings happened nearly at the same area and had the capability of breaking the formation of some of the most premium military jets, equipped with much better equipment than the 2004 ones. Multiple people witnessed this, talked about this for more than two months.

Let that sink in.

Our science has a long way to go.