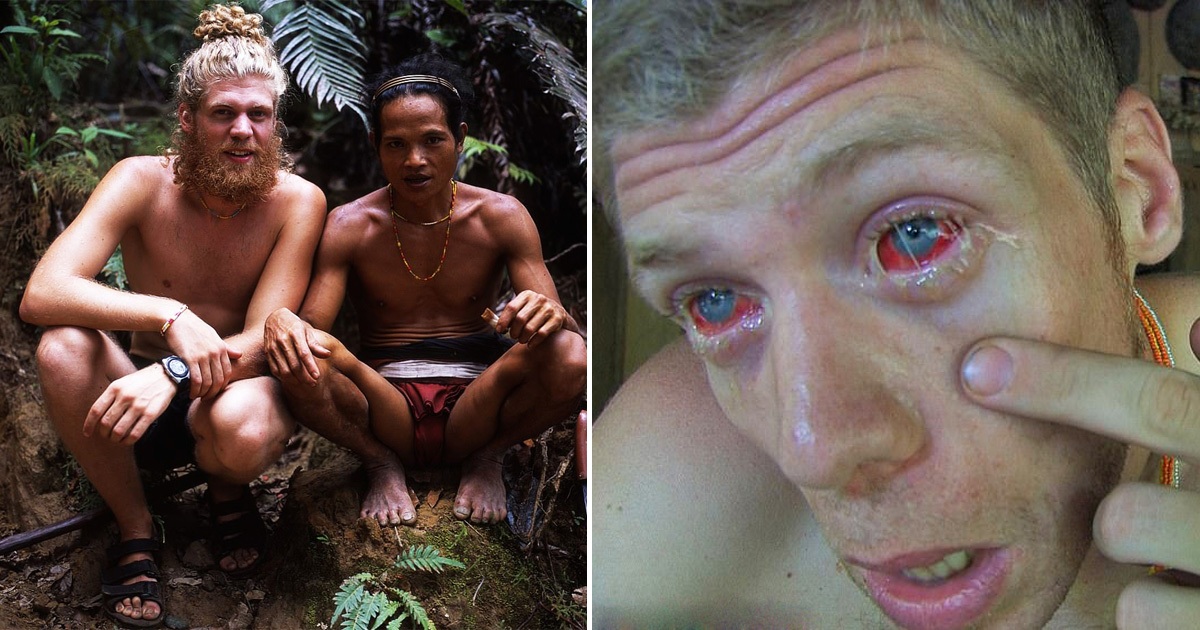 ‘I have over time learned how to just follow the rhythm of nature.’ Audun Amundsen admitted as he reflected on his life off-grid in the jungle residing with the Mentawai tribe.

With little on the everyday agenda, including making canoes or perhaps arrows and hunting for foods such as shrimps, bats, and monkeys, Audun at age 24 had lived with the tribe deep in the undergrowth of western Indonesia for a month in the year 2004.

‘I have over time learned how to just follow the rhythm of nature.’ Audun Amundsen admitted as he reflected on his life off-grid in the jungle residing with the Mentawai tribe

The filmmaker and Norwegian engineer then returned in 2009 and this time around stayed for three years with an intent to study their unwritten language.

Audun explained that the biggest thing he missed living in quarantine was the comfort of the modern world and importantly eating different kinds of food, which are not mainly for survival.

Audun, in 2004 had resigned from his job on an oil rig off the Scottish coast and left his modern, well-furnished home in Trondheim, Norway to satisfy his hunger for travel. He began his travels with India, before heading to Nepal and then to Indonesia.

Audun, now at age 40, admitted he got to Padang in West Sumatra and reached a decision to go off the beaten track and go as far away for his culture as possible.

‘I heard about these traditional people residing in the jungle on Siberut Island and I was like this could really be interesting. I want to see it all. I went to the Island, a 12hr journey on a shabby wooden boat and spent a week convincing someone to take me upriver where I heard the heard resides.’

‘On the island, I realized there wasn’t any possibility to interact with the world. It was really far away and there was no accessibility to Facebook and even Google Maps. On reaching there, a guy named Paksa walked up to me and it was really a pretty exciting moment. Fortunately, he smiled, we became friends, but couldn’t really communicate that much.’ Audun explained.

Nevertheless, Audun encountered some health issues before leaving for Indonesia. He had a stroke, and heart surgery but actually managed to get back his strength as he did set off abroad in 2009.

Interestingly, Audun and Paksa’s friendship now spans sixteen years amid returning to the jungle several to film his documentary.

Man Snaps Astonishing Pics Of One Of Country’s 50 Albino Squirrels Outside His Home November 26, 2020

30 Acts Of Vandalism That Are Really Hilariously Creative November 26, 2020