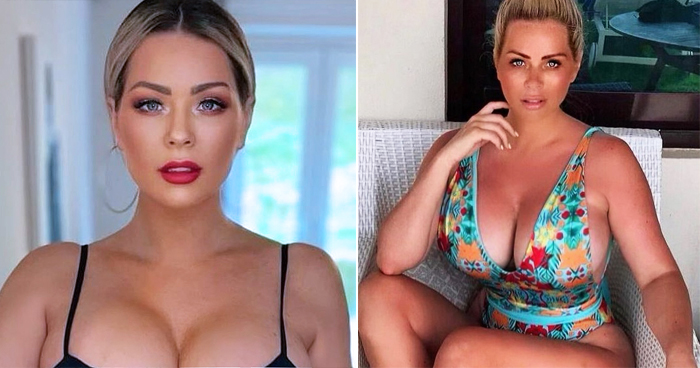 Nicola McLean is urging her followers to help the police find her missing cousin around the Hillingdon area. The news come less than a month after influencer Gaby Petito’s body was found days after her missing reports.

The former Celebrity Big Brother star shares the grim news that her cousin hasn’t been found for three days.

The 40-year-old took to Instagram and made a story to bring awareness, captioning it, “My cousin Nick, please share.”

She’d reposted the following announcement from Hillingdon police on a missing person alert.

Hillingdon Police Facebook page writes, “#MissingPerson Nicholas, 29 is #Missing from #Uxbridge. He was last seen on 17/10/21 wearing a grey hooded top and grey tracksuit bottoms. He is 6’04” tall and known to frequent #Hillingdon and #Hounslow.”

Many people were hoping for the star to be okay with one noting that he’s an “absolute diamond” of a guy.

The former model has started 2021 grim with the news of the passing of an important family member.

Earlier this year, Nicola penned, “So sorry for not posting or getting back to people. I’m unwell, and we are dealing with a family bereavement, and I’ll be back when I can face it.”

Nicola never specified who the family member was. Several people left her encouraging messages to return after she took all the rest she needed.

Last month, she received a lot of criticisms after shading on celebrity parents who complain about how hard parenting is.

The mom-of-two shares her thoughts back in September on social media that she never realized “how much women complain about being mums” and asked if there’s anyone who’s “found it really easy” to parent.