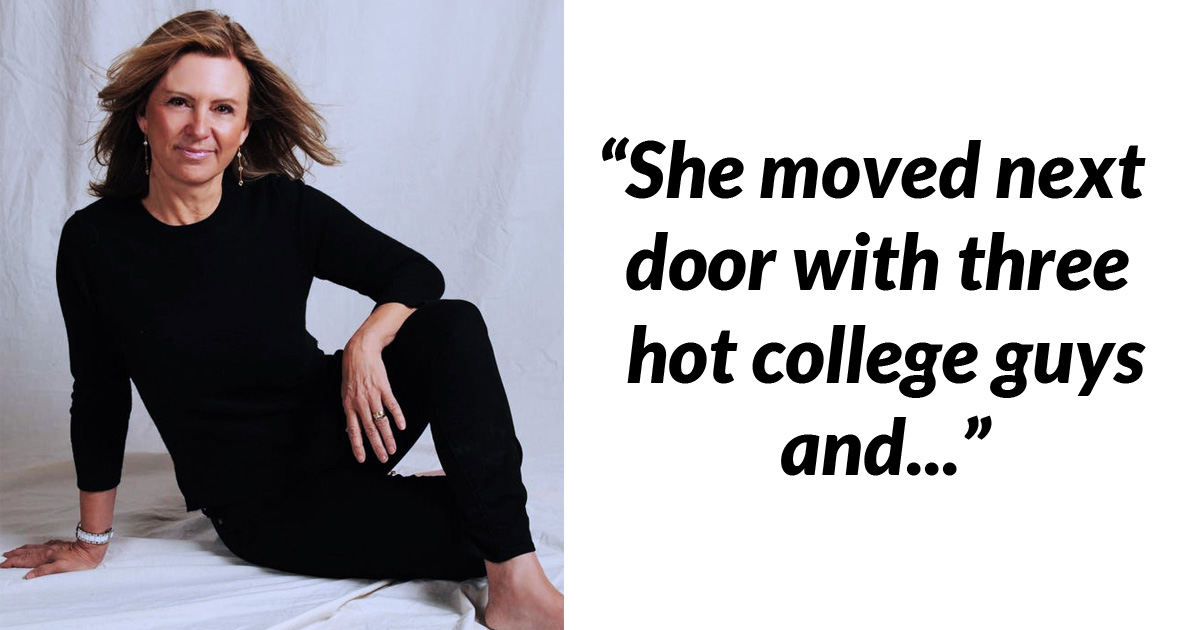 Diane Danvers Simmons has chosen to frame her life, and her mother’s as a tale of curiosity, compassion, and forgiveness. In her new Memoir titled: “My Mother Next Door,” Diane spoke on motherly abandonment, revealing how her mom left her when she was 16 and moved next door with three hot college guys. She explained her mom was a headstrong, independent woman who felt she was dying in her suburban life.

Diane Danvers Simmons was abandoned by her mom when she was aged 16.

Just as the feminist movement rose in revolutionary 1970s London, her mom undertook her first trailblazing move, walking out on her and her father. Diane claimed a week after her 16th birthday, her mom cornered her in the kitchen and said: “I’ve given your father and you 16years of my life, and you’re old enough to take care of the dog, your father, and yourself.”

To this, Diane claimed she was caught in a ball of confusion and hurt, split down the middle as she teetered between the convenience of her mom being next door and the inconvenience of witnessing her unapologetic abandonment each time she exited their home. But thankfully, she found a way to cope with the situation.

“I’ve given your father and you 16years of my life, and you’re old enough to take care of yourself,” Diane recalled what her mom had said.

“I coped by compartmentalizing my life: friendships, school, mom’s new independent life, and home life with dad. My best friend’s family home became my refuge, along with my friends at school. They normalized my teenage life, lifted my spirits, and never questioned nor shamed me. Forming independent bonds with my older siblings gave me a sense of family and helped me navigate my parents.” Diane explained.

The incident left Diane in a ball of confusion and hurt, but thankfully, she found ways to cope.

She continued: “Ultimately, music [primarily Diana Ross’] and dance were and always will be my salvation, a way to express myself, release the remnants of pain and stress and feel joy in the madness.” It turned out Diane never blamed her mother for leaving or her actions after that. She never held her accountable for her narcissism.

But it wasn’t until a few years before she [her mom] passed away that she found herself at a breaking point from the torrent of her maternal wrath. “I saw a therapist who told me, “what your mother did was wrong.” What she expected of a 16-year-old wasn’t normal, and you don’t need to make excuses for her anymore.

Diane never blamed her mom, but it wasn’t until a few years before she died she experienced a breaking point.

“She left you, a child, to handle it on your own. She freed me of any shame and validated my newly chosen path. My childhood shaped the person I am today.” Diane stated. Ultimately, our mothers are imperfect, and for all the pain her mom caused, Diane claimed it gave her the gifts of courage and acceptance.

Pictured with her daughter, Diane said the pain her mom caused gave her the gifts of acceptance and courage.

Conclusively, she advised that breaking the cycle of a toxic mom-daughter relationship is possible, but the story must first be looked at from the mother’s point of view. By doing this, Diane, who hosts the Podcast “Mothers & Daughters Unfiltered,” said a victim will naturally find a greater capacity for compassion, love, and forgiveness.