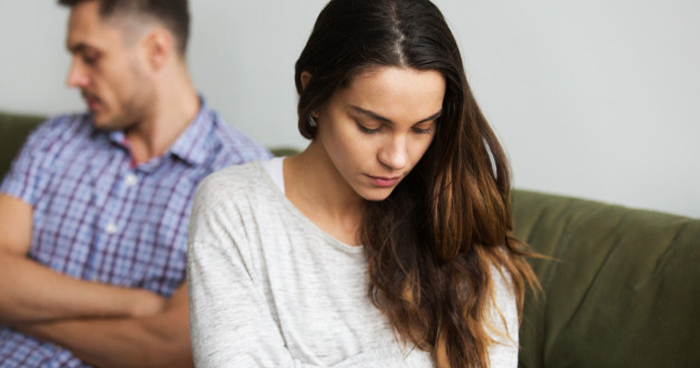 ‘My Husband And His Friends Use A Nickname For Me, But He Refused To Explain What It Means’

A few people dislike nicknames! They are often interchangeable with names like sweetie, honey, sugar, and some people feel it’s a bit bizarre. You will agree that when your partner called you by a nickname, you get a warm feeling. But then, do you know the meaning of the name given to you by your spouse?

You are possibly thinking about it having read the mentioned above, but we’ve indeed got a story hinged on a nickname without meaning. One particular expressed her curiosity after realizing her husband and his friends refer to her as ST. And each time she questioned the meaning, her husband panics and refused to explain.

The discovery followed an incident in which the woman’s phone had died while messaging her mother about something crucial, so she requested for husband’s phone to send the message. But while using husband’s phone, a text notification popped up on the screen, and it was one of his friends via a group chat asking: ‘Do you and ST still want to do the Halloween Plans?

Startled by the nickname, the woman whose initials aren’t ST looked through the chat and confirmed that ST was genuinely referred to her. ‘So, I was confused. I showed him the chat and asked what it stood for. He looked suddenly, really flustered. He grabbed his phone back and said, ‘oh, oh, it’s nothing, just a nickname. Okay? What’s it stand for? He literally wouldn’t tell me; he just kept saying, don’t worry about it.’ The woman explained.

‘Well, is there some reason I would need to worry? I wouldn’t be worrying if he explained what it meant. I was a little put off by this, to find out all his friends call me something I don’t even know about. I told him even if it’s just a dumb joke, at least tell me, because clamming up makes it look weird.’

She continued: ‘He refused to tell me. This entire back and forth was maybe a minute or two. Then he suddenly goes, Okay, fine, it’s Super Terrific. Look, I can’t tell if I am crazy, but I don’t fully buy that. If that’s all it was, why not say it the first time I asked? I asked like three or four times for him to tell me what it stood for. Why avoiding it?’

The concerned woman sought advice on Reddit, and instantly, users flooded the write-up with their guesses. ‘It’s something inappropriate; otherwise, he would have told you what it was. It’s not okay.’ A user commented. ‘He lied 100%, and now I wanna know what the nickname truly means too.’ A second added. A third opined that the woman should call someone else in the group if the husband wouldn’t tell her.

Or perhaps, will group chatting with other wives be a good idea?