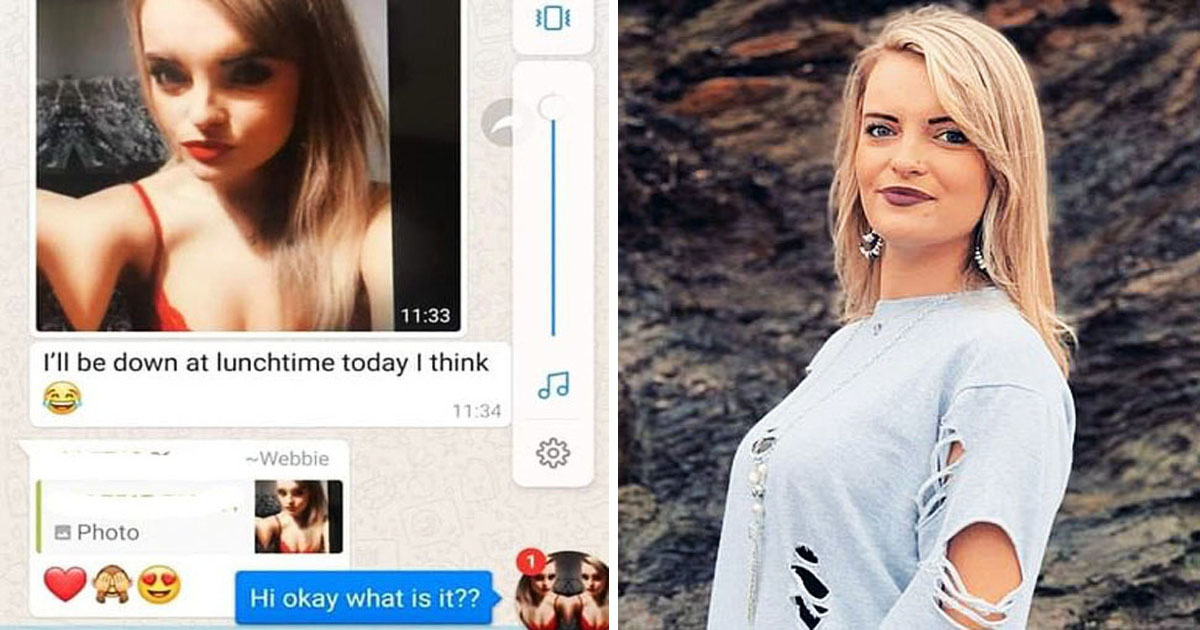 Young single mother Emily George felt ‘humiliated and upset’ after she was sent screenshots of crude messages about her. A car wash staff who was a member of a Whatsapp group leaked chat exchanges between members which Emily referred to as ‘disgusting behavior’.

A picture of the Cornwall-based mother cropped from her Facebook profile picture was shared in the group. It was followed by crude comments by other members of the group from Truro City Car Wash.

Emily complained to the business via Facebook messenger. The business replied, “I completely understand how disrespectful the behavior is although, to be honest, the comments were flattering if unprofessional.” They continued to apologize and offered her to come for a direct apology.

But Emily was not feeling comfortable to attend and meet them in person. She revealed, “I had messaged them about a valet on my car for yesterday at 1 pm, then around 12pm I got a message from someone who happened to be on the WhatsApp group chat with those men, recognized me and thought it was out of order.”

“I didn’t want to go anymore,” said the single mother. “They tried to offer me a free valet when I said I would be reporting it.”

The full-time mom added, “I’m just a normal woman – as a client I didn’t ask for any of it. This is borderline harassment. They think it’s flattering so it’s okay, but it’s not acceptable!”

The co-owner of the car wash company, Daniel Morris, is eager to apologize to their client and said, “The motor trade is a male-dominated area and can be sexist, which I’m doing all I can to shut down in my business.” In addition, he also disciplined his involved staff after a meeting over the incident.

“I wanted to have a sit-down meeting with the lady in question so I can apologize in person as I’m very sorry for what happened,” said Daniel. “But she has refused that. I’ve reached out to the young lady and have told her I’m happy to meet somewhere where she’d be happy, like a branch of Costa.”

Daniel added, “The guys – many of them have difficult backgrounds – aren’t used to the corporate world. I hate to use the word ‘banter’*. It was really stupid. Change is in the air and men need to stop this kind of behavior.”