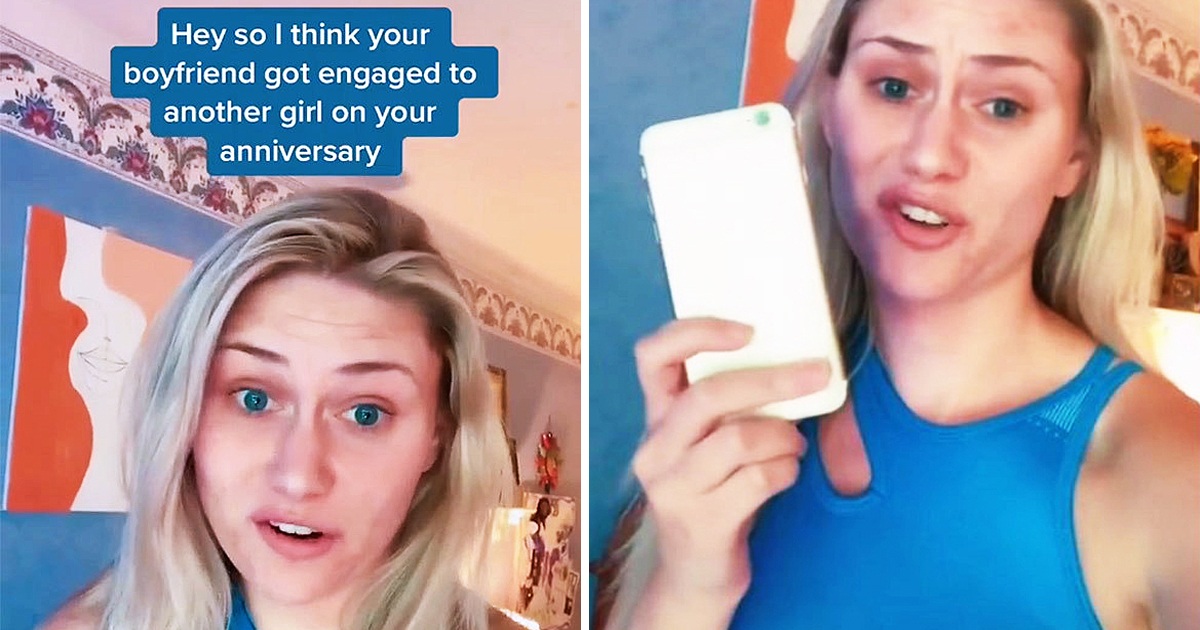 Discovering that your boyfriend is cheating behind your back is the biggest pain ever. But discovering the fact that he actually cheated on SOMEONE ELSE, and you’re his second choice? That might even be worse. But Rachel Devin had survived all that to tell the story.

Devin shared that she was told by her sorority friends that her boyfriend she’s seen for a year was actually… ENGAGED.

The TikTok video had got more than 125k views and liked 10.8k times.

She didn’t take them by the words (obviously, one should trust their lover more, right?)

Until she was shown a picture of her boyfriend with the woman who works in the admission on Facebook and saw for herself that they are, indeed, an item.

She finally followed up the story and shared more details about how it unfolded.

“It was my first legit boyfriend, so please forgive some of the red flags I missed at the time,” Rachel explained first. “We both worked at the admission office,” she started. “And we went out on our first date.”

“I had the bright idea of keeping it on the DL until we figure out what we wanted to be. Because we worked together and I thought that would get really complicated and I was trying to be a responsible adult,” she continued.

She added that she’s met his friends, roommates, and nobody said anything about her then-boyfriend being taken or engaged. “He was totally normal,” she pointed out on the week of their anniversary. But the next day, “He started being a little sketch.”

But he said it was his upcoming interview at med school, and she thought, “Okay.”

Reply to @mrsadriannawebb should I do a #storytime on me confronting him? #fyp #messytiktok #cheater #ConjuringHorror #millennial

Then the sorority girls went to find her and revealed the truth. They also showed the evidence on Facebook where both of them are friends with status and pictures together. She also “happened to work in the admission office.”

After breaking up in September, Rachel admitted she took a while before telling the other woman about it in December through Facebook. In the bomb-dropping message, she told her how she had been seeing her man for the past year and never knew they were actually engaged all those times.

She tried “gently” breaking it down to her how they met a few times throughout the time they were engaged. Within an hour of telling her the truth, “they were no longer friends on Facebook and she had deleted every single photo of them.”

THAT WASN’T THE END. This man had the audacity to text Rachel again during Christmas with a million excuses.