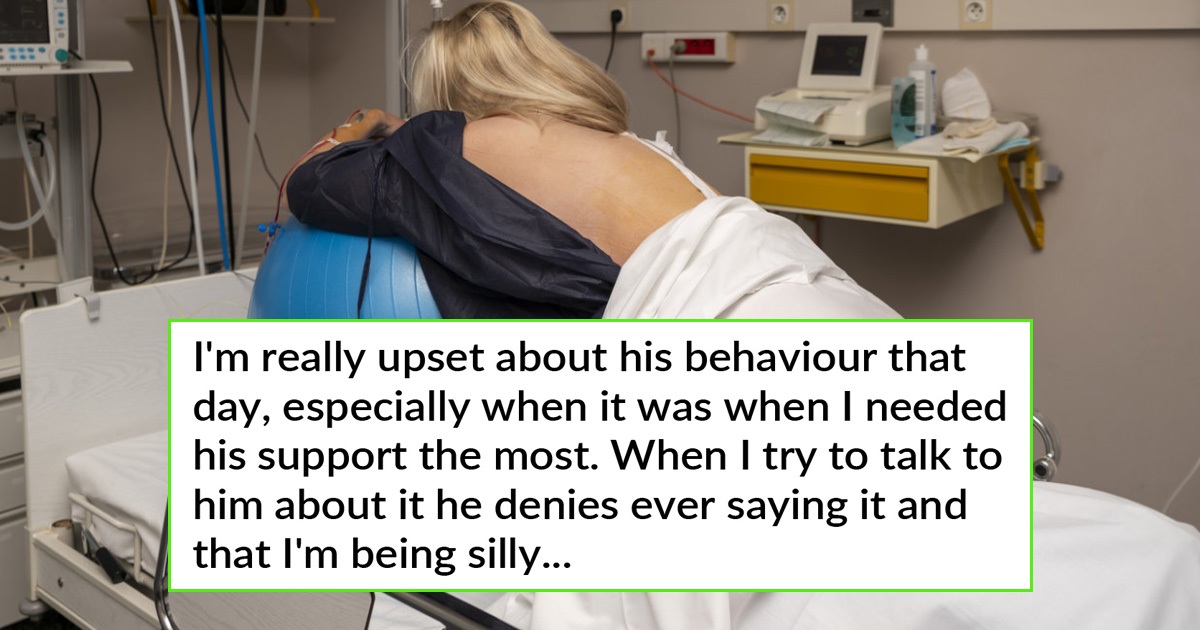 To be granted the opportunity to bring a life into this world is a blessing. It’s magical, it’s unreal, it’s a gift. But the whole process isn’t – it’s full of blood and can be very messy and smelly. You’ve heard of men who almost collapsed as they witness this in person and men who can’t stop praising women who go through natural childbirth.

But one woman did not get those praises. Instead, she was SHAMED for acting like a normal mother would during childbirth.

The woman, 20, shared her story, “We have been in a relationship for 1 year and we had a baby boy last week. I had a natural birth and my bf was there throughout the whole process.”

“I screamed A LOT and each time I did he whispered something like “can you stop screaming, you’re really embarrassing me”. I also threw up a few times and I saw him cover his face in shame. When I held the midwife’s hand for comfort he whispered “let go of her, stop being so embarrassing”. He also said that my birthing position was embarrassing and called me a few vulgar names,” she continued.

But when confronted, she wrote that her boyfriend pretended like that never happened and she was being silly.

Obviously, that was not going to end well with that man as people urged her to quickly find help.

As one user wrote, “He had one job during your labor: to support you. He failed at his first task as a father.”

She updated, “I spoke to my mum about this but she is the very traditional type and although she said his behavior is wrong, I should try couple counselling first.”

But after discussing it with an ultimatum, her boyfriend screamed at her and the baby and stormed off to his friends. Couple counselling is out of question now.

She gave us the latest update on the incident.

To add, the friend he stormed off to was actually elated to see her leaving him because his abusive manner could also be felt by his friends.

She is now happier and free. “No doubt things will be constantly changing from now until the foreseeable future, and I am terrified, but the main thing is that I’m away from him and me and my son are safe.”

“I’m feeling empowered enough to know that the way he treated me was 100% wrong and that he will pay the right price as long as I fight for it,” she added.

Women share their own experiences to assure her that man is not worth it.