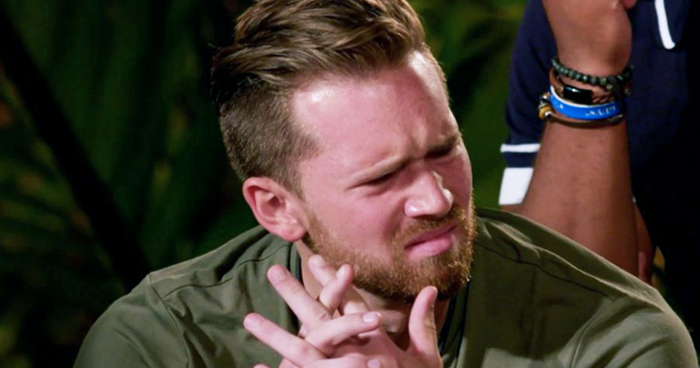 ‘Temptation Island’ is a very weird reality show. It’s peculiar, but for some reason, the ‘Lord of the Flies’ romance vibe of the show also made it hard to take your eyes off the screen. Under the pretense that everything was real, people watch as these couples had their loyalty tested in the most bizarre setting.

Casey Starchak, who starred in ‘Temptation Island’ for two seasons, had one of his scenes went viral recently.

The show first aired in the US in 2019, but it had only been recently bought by E4 to be aired again in the UK. With that, Casey’s nightmare continues.

The show brings together couples who don’t know each other to Hawaii. But each of them is to go through temptation tests as they are separated from their partners and meet other attractive singles.

This is a scene where Casey watched his girlfriend cheated on him.

The fitness enthusiast reshared the story on his TikTok and captioned it: That time I was on National tv and this happened.

However, Casey is not a big fan of this show. While some people would call it gold, despite being a trash reality TV show, Casey wrote, “They made it blatantly obvious they had stories written for all of us we were supposed to follow.”

Casey even dubbed the show as ‘Manipulation Island,’ and the days he spent filming for it wasn’t enjoyable at the least. Replying to his followers, he wrote, “This show is a joke.”