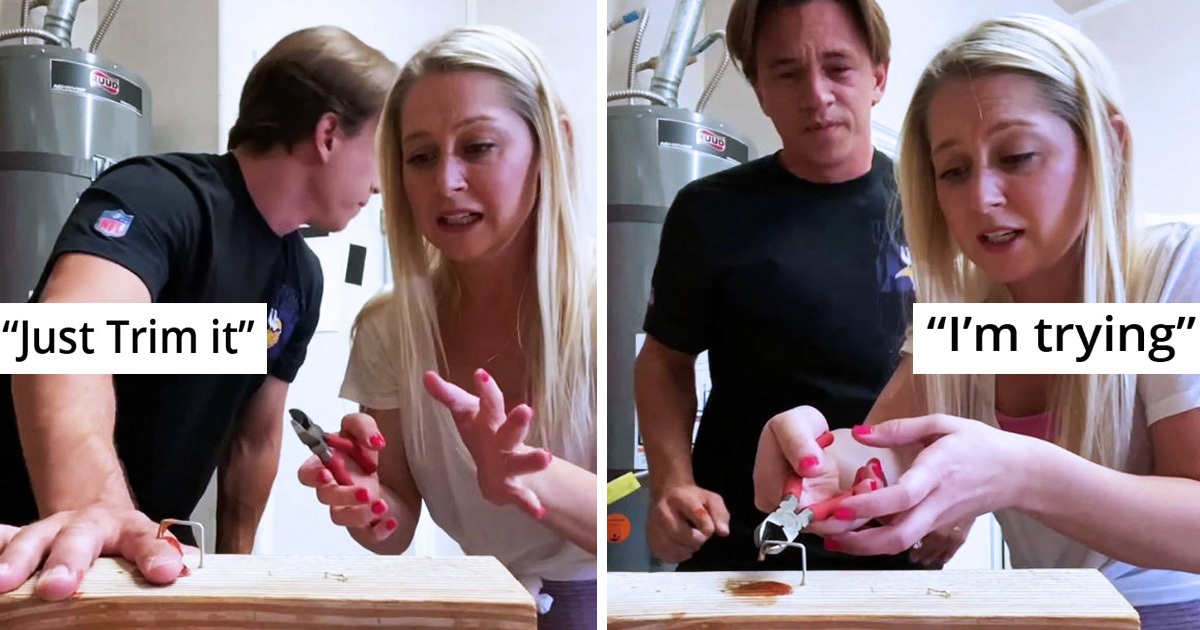 A healthy relationship can be seen from the healthy amount of laughter and jokes that run in the family. In the comfort of the people that love and care for you, scaring them can be a fun entertainment and Justin Flom is excellent in this.

But that’s because Justin is no beginner – he’s an experienced entertainer and was actually in the “Best Up-And-Coming Entertainer” for Las Vegas Weekly back in 2013.

Nothing like kind of breaking your wife with menthol and ketchup.

It’s a very simple and old prank, but Justin decided to keep it real and keep his acting up the whole time. From fake stapling the wood, acting in pain (because of his stung eyes from menthol) yet, not overreacting. This prank looks real, until you realize that Justin enjoyed it the whole time.

He shows his set up.

She panicked so much, instead of the wire cutter, she went and grabbed the pliers. Justin quickly reminded her to get the wire cutter on the top shelf above where the phone was placed. “Trim it,” Justin told her.

“Right there,” he nicely pointed where she should cut. Still oblivious, scared and slightly panicked wife listened to him. However, she wasn’t sure this is a good idea and kept telling him to call someone because she’s gonna miss it and mess it up.

Cue Jason’s stung eye because of the menthol he rubbed on his skin.

Nothing can compare to seeing your partner who stare at you dumbfounded at the situation she could finally see clearly at. It took her seconds to realize he had her real good there and nobody was hurt, except for one dirty finger.

People super love how she couldn’t notice it from the first few moments.