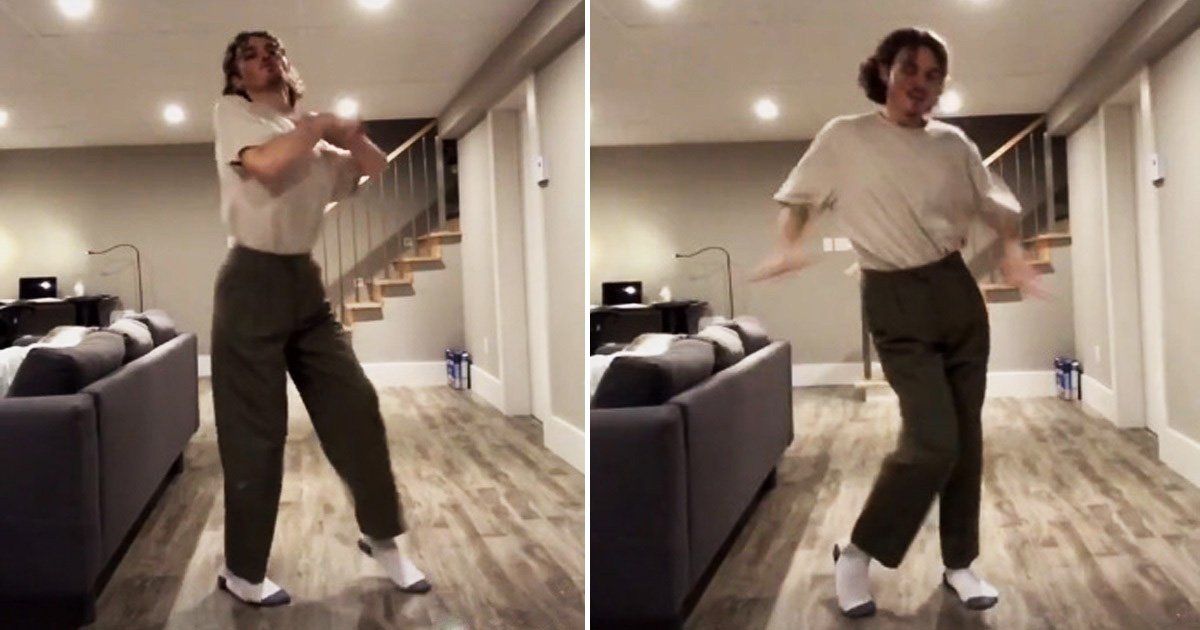 A man who uploaded a footage of himself dancing and garnering millions of views has been left sick after fans spotted a terrifying figure in the background.

@Reubix cube, a TikTok user posted the video of himself doing the viral choreographed dance to Doja Cat’s Song Say So.

Stuck and bored at home amid quarantine, the user captioned the clip: ‘Lmao, I am home all alone and learned a TikTok dance. I love you Doja, but what has my life come to?’

The user’s caption did sent chills down to the spine of many who viewed the clip, pointing out that he wasn’t, however, home alone at all.

‘The amount of anxiety I have from his footage. That’s someone poking out their head to look at you.’ A user commented.

A second wrote: ‘Did you all se that? In the background?’

Replying to the comments, Reuben asked: ‘What am I supposed to be seeing? Before admitting he could the disturbing figure.

Just 4 seconds into the clip, a figure appear to poke out their head around the top of the stairs to check the room before disappearing quickly.

Not everyone was, however, convinced by the creepy sight as a third pointed out: ‘Okay, so the fact that he had to post I am home alone and doing this old-style dance makes it appear it’s all staged.

Sparking a huge a debate over whether it had been set up or now, some users freaked out as a fifth commented: ‘Bro call the police immediately or ask someone to search the house for you. Most especially now it’s not uncommon for people to hid in homes.’

Again, Reuben posted an update thanking everyone for their concern while also urging those that had watched the clip to try and sleep.

‘I am kind of stomach sick at the moment. I was actually in and out of sleep all last night.’ Reuben added.’