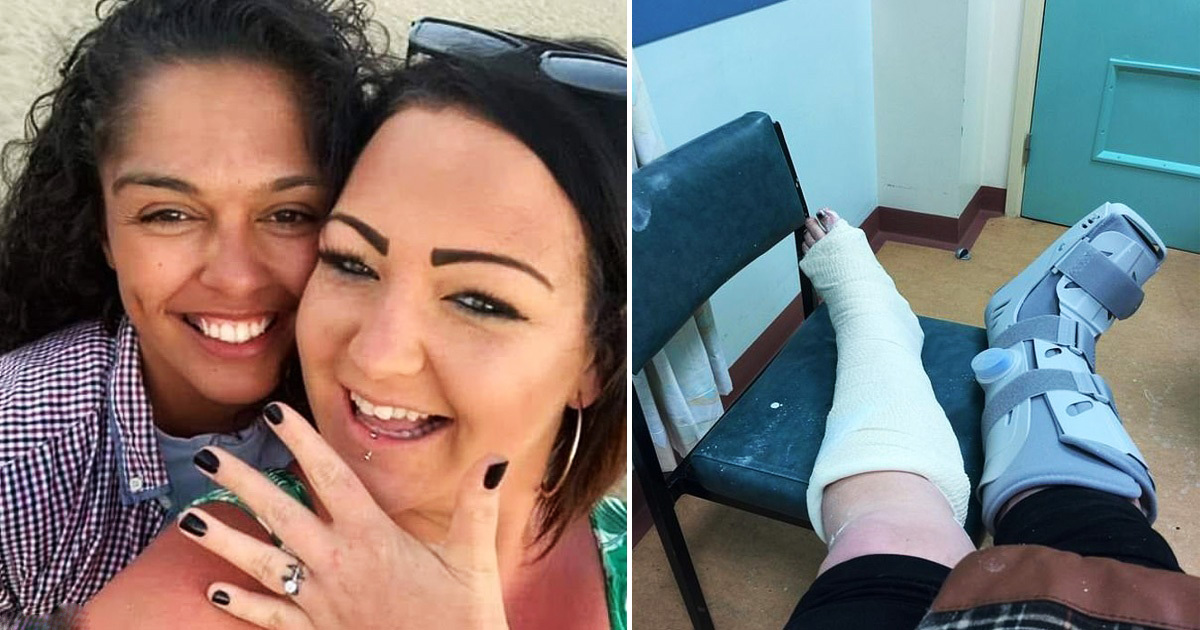 Mom Breaks Both Her Ankles Attempting A Dance Challenge On TikTok

A mother-of-two broke both her ankles attempting a dance challenge ‘The Oh Na Na Na’ on TikTok.

Sapphire Charlesworth, 27, from Chester-Le-Street in County Durham tried tapping her feet against those of GF Naadjele Lartey when she unexpectedly found herself on the floor, hearing a crack, crack.

‘I felt my partner think I was exaggerating the pain. We were both trying to see if the pain would wear off but then we had to call for an ambulance.’ Sapphire said.

Sapphire Charlesworth, 27, from Chester-Le-Street in County Durham broke both her ankles attempting a dance challenge on TikTok

Her left ankle is presently in a cast while her right foot has been laid in a moon boot, following doctors’ discovery that she had also torn her ligaments. She might be needing an operation, however.

The Oh Na Na Na challenge features contestants tapping their feet together to the sound of the 2017 song name by BondeR300 for a social media clip. The challenge garnered its current fame after it was popularized by celebrities, including Ruben Loftus-Cheek – Chelsea’s Midfielder.

Ms. Sapphire admitted she was just practicing with her partner at home when she fell and heard a cracking sound. Treated at University Hospital of North Durham, the mother urges any others planning to try the challenge should approach it with caution.

‘It’s not as simple as it looks.’ Sapphire added.