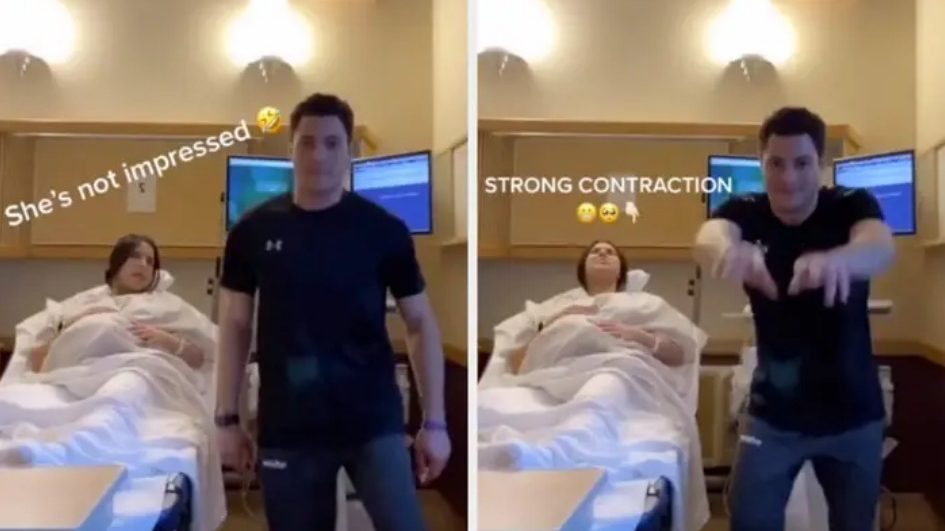 Kareem Antar was one excited 27-year-old father as his wife was having heavy contractions and about to get into labor. Kareem did not miss his chance.

He decided to film a rare TikTok video of himself with wife in the background.

Krystle, Kareem’s wife, was visibly in pain and discomfort on the background, having contractions all the time. When asked, she said that she was “completely shocked” her husband would be making a TikTok video right at that moment. But she also knew that Kareem is just that “lovable and goofy guy”.

As a family, that goofiness has really infected Krystle as well. They’ve done many hilarious things even during her pregnancy.

Such as taking this maternity shoot…

And these TikTok videos…

The couple was also slightly worried about the situation right now.

They recall a lot of nurses came in and out of their rooms to care for them. But they’ve been feeling healthy and just look at this happy family of three now!