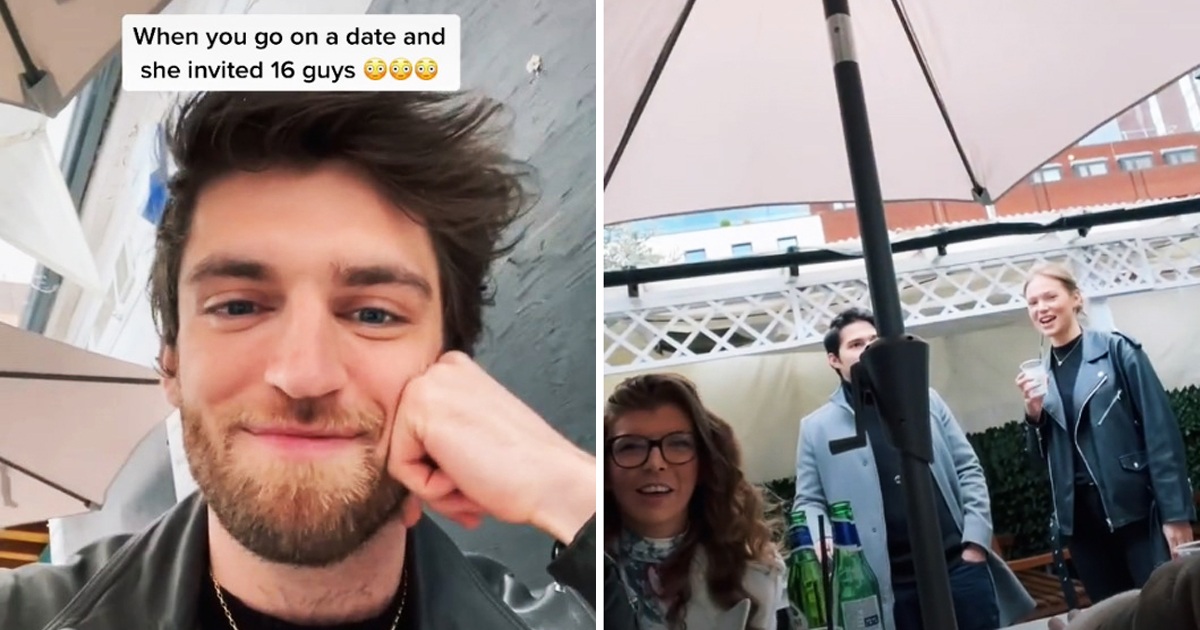 A woman had literally conjured up her own harem/bachelorette show by inviting 16 dates at once. Yes, not two-timing or three. Sixteen people. In a single venue, for a date with her.

Out of those 16 guys, one of them decided to make a TikTok video of the situation on the date.

Thought I would re-upload this. This actually happened 🙈🙈🙈 #Dating #Relationships #Jokes 

It was Pea Kay who shared that he’s the ‘second date’ who came to the venue. He did mention that this is the first date he’s been to since a year ago, which is understandable with the situation. He also said, “I’m pretty bad at dating.” Okay, we’ll give him that.

Most of us would think, are we a little bit confused right here, though? Has dating etiquettes changed so much in just a year?

The ‘date’ was more like a hangout of a bunch of people that didn’t know each other.

He started with a friend of the date.

“Hello, I’m her friend, I’m forced to be here,” she quickly explained. Okay, that’s totally fine. Most women do bring a trusted friend on first dates to make sure everything’s safe or if they feel too awkward alone with someone they’ve never met.

“This was the date that turned up before me,” he continued.

Then the first guy that arrived said, “I’m not actually her cousin.”

“I’m just the first date and you’re the second date. And there’s like 10 more guys invited.”

Yeah, Pea Kay is very confused now. And so are we all. But what happened? “Guys just keep on coming,” he continued with the story.

“I invited everyone that I matched with on Hinge, so here you all are. I hope you get along,” she tried to explain the situation.

No, he’s not going to another date with her.

“But being locked for a year, I kind of embraced the whole situation,” he continued. But that’s not the saddest part.

…and he texted her the next morning, only to be ignored.

That’s okay, P. You’ll find someone else, most probably better than a woman that holds her own bachelorette show.