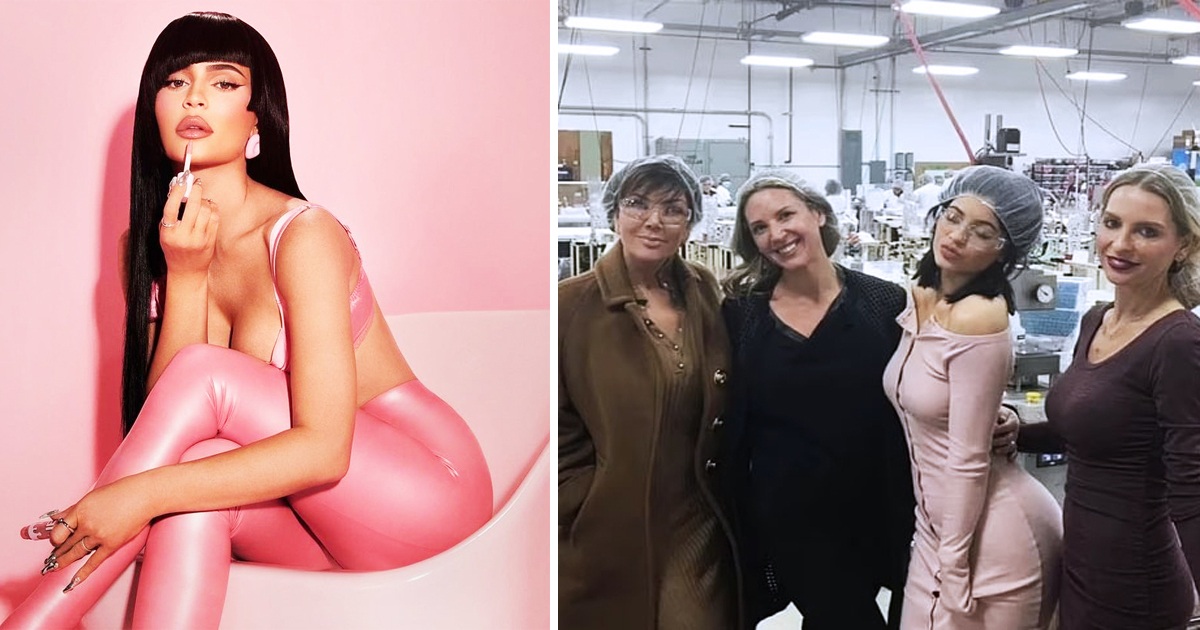 Kylie Jenner’s Makeup Factory Workers ‘Banned’ From Looking At Her

Kylie Jenner launched KYLIE Lip Kits in 2015. A year later, it was renamed KYLIE Cosmetics. A Spatz Laboratories situated in Oxnard, California, produced the cosmetic products when the brand officially launched. As expected, staff were highly required, and luckily, Irene Lopez was among the numerous hired to work on the assembly line in 2016 by a temp agency.

Staff at Kylie Jenner’s makeup factory has said they felt ‘degraded’ after supervisors warned them not to look at the reality star during her visits.

During Lopez’s time at the factory, she revealed Kylie occasionally visit with her mom Kris Jenner to check in on the manufacturing of her products and were (staff) banned from looking at the reality star. Lopez admitted feeling degraded by supervisors and even added that Kylie never spoke to staff but would watch silently as her glossy range was made.

Kylie had launched KYLIE Lip Kits in 2015 but it was renamed KYLIE Cosmetics in 2016.

It’s reported that Kylie (pictured right) never spoke to staff but would watch silently as her glossy range was made.

She added: “The supervisors I had there had been very degrading towards everybody. Everything had to be perfectly made, and if it weren’t, they would throw it away in your face like it was trash. If you didn’t go fast enough, you were going to get fired.” The former worker claimed she was often left in tears after being scolded for not being fast enough on the production line.

“The supervisors I had there had been very degrading towards everybody,” Lopez said.

Similarly, Staff was told they could be laid off from the minimum wage job and replaced by someone else from the temp agency. Another employee, Martha Molasco, who had worked there from 2015 to 2017, said there were rules for staff when Kylie visited the factory. 31-Year-Old Martha added: “Supervisors would say, ‘Don’t talk to them, don’t even look at them.”

Martha Molasco, who had worked from 2015-2017, seconded there were rules for staff when Kylie visited.

It remains unclear if Kylie or Kris had given instructions to supervisors or perhaps knew about the rules. At the moment, Kylie Cosmetics is no longer using Spatz Laboratories as its factory. Martha noted the physical labor left her with medical issues with a pain shooting from her hand to her elbow after working 12-hour shifts from 4 p.m. to 4 a.m. amid standing in the factory.

It’s not confirmed if Kylie or Kris had given the instructions or knew about the rules.

At the moment, Kylie Cosmetics is no longer using Spatz Laboratories as its factory.

Irene no longer works at the factory but said present employees had informed her that conditions are the same. The Sun reported that some former employees have also filed complaints with the California Labor Commissioner’s Office. On the other hand, online reviews from fellow disgruntled employees have since painted a similar picture of Spatz factories.