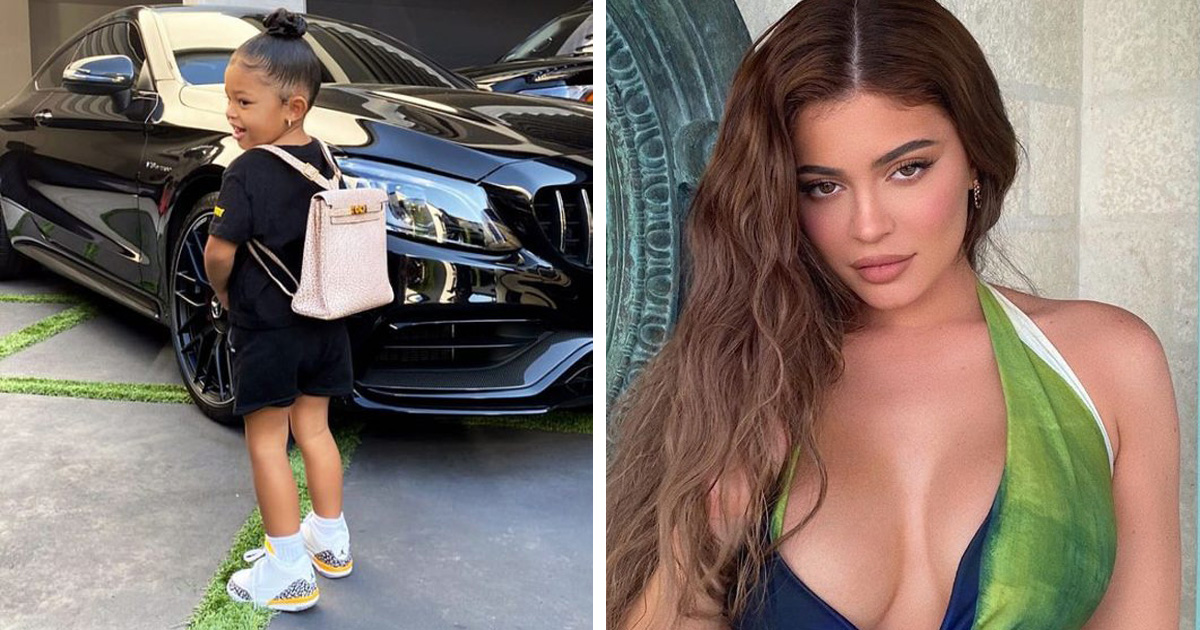 Stormi is evidently old enough to go to school! And interestingly, the daughter of rapper Travis Scott and beauty mogul Kylie Jenner has recently sparked up reactions, following her $12,000 Hermes backpack for the first day at school.

Stormi, 2, isn’t an alien to a luxurious lifestyle, a big thanks to her mother Kylie Jenner, who’s estimated to be worth a whopping $900 million. The toddler via stories on Instagram confidently rocked the light pink Hermes Taurillon Clemence Kelly Ado Backpack, which featured gold hardware.

Completing her outfit with Air Jordans and a black dress, Stormi could also be seen with delicate diamond earrings. ‘First day of home school.’ Kylie, 22, captioned the photo while Stormi could be seen posing in front of one of the reality TV star luxury vehicles.

Shortly after, the mother of Kylie equally shared a clip of Stormi jumping up and down singing repeatedly: ‘The first day of school.’ Kylie who recorded the moment could be heard laughing and Dad Travis, 29, could be seen backing the camera and getting in the frame while watching his daughter.

This, however, isn’t the first time Stormi rocks a designer bag. The toddler has overtime been open to numerous varieties of luxury bags. In early 2020, Aunt Khloe Kardashian had gifted her customized Louis Vuitton Weekender bag, which featured characters from her best movie Troll.  Her name Stormi was also emblazoned on the bag and it cost nearly $2K before the customization.

In July, Kylie had also shared photos of Stormi as she posed with a Vintage Louis Vuitton nana speedy bag, which costs an estimated $1,180 for the classic logo version.