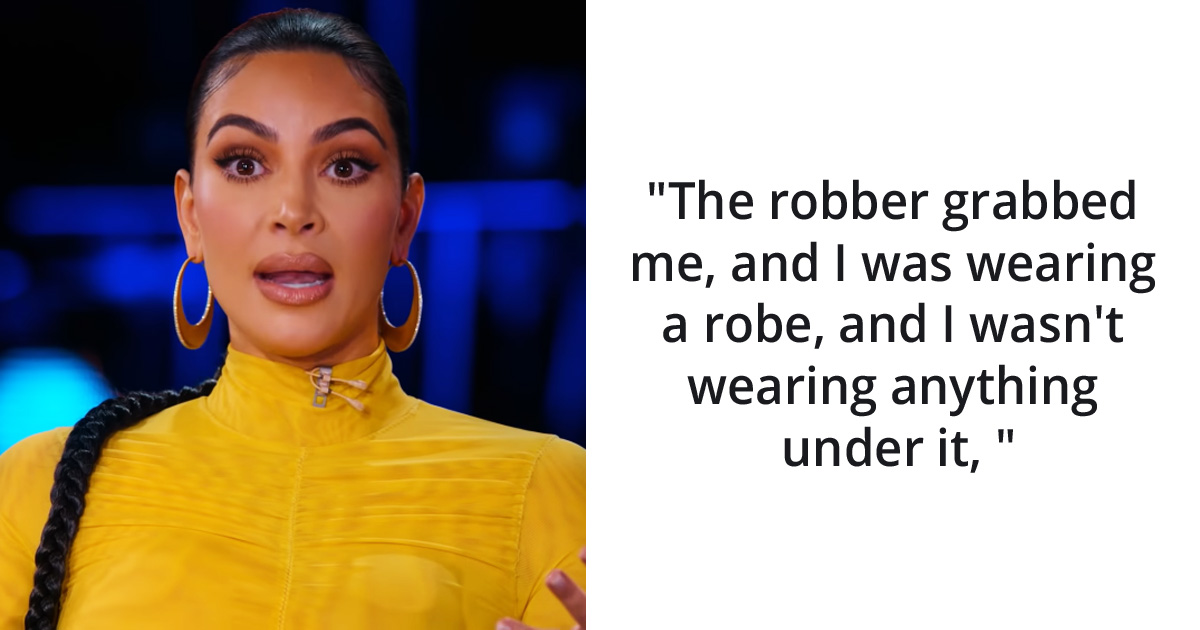 The newest season of ‘My Next Guest Needs No Introduction with David Letterman’ by Netflix has David Letterman interviewed Kim Kardashian West. Kim was asked about her experience during a horrible armed robbery in Paris in 2016 that cost her more than $10 million worth of jewelry stolen.

Kim recalled how the two robbers pretended to be police officers and came into her room by handcuffing a concierge. “They were yelling at me in French, and I just sat up… and then the guy goes, ‘The ring.'”

Kim was so startled, and the two French men did not speak good English. It took her a while to realize they were screaming for her engagement ring. Kim continued, “So, I handed him my ring, and then he grabs me, and I was wearing a robe, and I wasn’t wearing anything under it.”

“I was like, ‘Okay, this is the time I’m gonna get raped.’ Like just deal, it’s gonna happen. Just prepare yourself. So, I did,” Kim continued. Then, the robbers found her big jewelry box, and Kim saw that before her eyes were duct-taped. She was also handcuffed and tied with zip ties.

“But I kept on looking at the concierge because I didn’t know who he was. I’m like, what is happening? Are we going to die? Just tell him I have children, I have babies, I have a husband, I have a family, I have to get home. Tell them to take anything — I’ll never say I saw them, take everything.”

But the tension did not end there. Kim was again ready for another scenario. “I saw him have a gun out to me, and I was like, ‘Okay, this is it.'”

But as the event turns out, the robber had simply moved her twice and then ran away after leaving her on the floor. But the incident has changed her life completely, from how she uses social media to make sure her home is safe.

Kim later found out that the robbers have been stalking her for two years by following her social media. As she liked to post in real-time, it became easy to confirm when she’s alone at home and where her things are. She admitted, “I can’t sleep at night unless there are half a dozen security guards at my house, and that has just become my reality, and that’s okay.”

But we’re just glad she is okay now. We know the Kardashian family is not everyone’s favorite, but when it comes to horrifying incidents like that? Nobody deserves that.