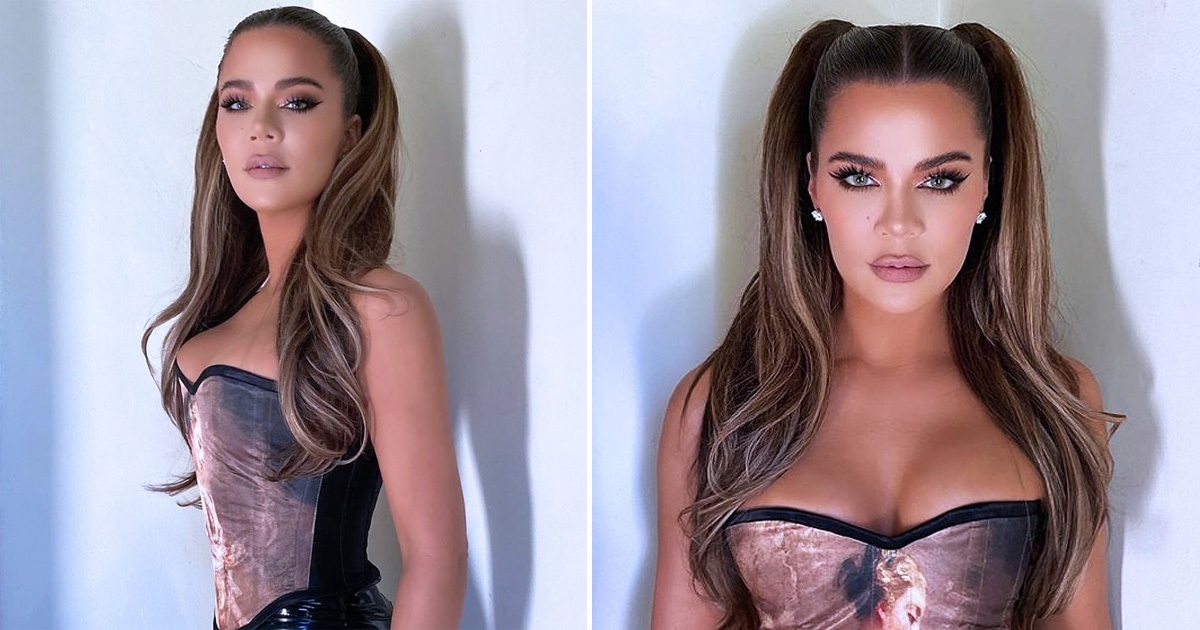 Khloe Kardashian, another week, another look. The Kardashian star posted a new series of her own pictures in brown and black corset couple with latex paints. Flaunting her tiny waist, a follower commented, “What in the Ariana Grande is this.”

People can’t help but comment on how different she looks every week, with one commenting, “Money spent well.”

She replied with, “The shade of it all” and added three crying emojis. But on the other hand, you can’t really deny that she looks gorgeous in this new look. Just like how celebrity make-up artist Etienne also complimented on her new pictures.

Along with the pictures, she posted some videos of her modelling.

Khloe’s first most shocking transformation was when she decided to lose weight to stop being the black sheep of the family. Her change in lifestyle made her one of the sought out a model for health and exercise ad much like this one.

The backlash is much harsher on Twitter, with her tweeting back, “I’ll never understand how bored or unhappy some people can be. I am someone who would never comment on something unless it’s positive. I believe in uplifting and complimenting one another. Who has the time chiiiillllldddd?! Time is precious boo. I’m spending it on happy things.”

She has been under a lot of accusations of Photoshops and using FaceTune much like when she showed her real face on KUWTK.

An insider commented, “Khloe doesn’t care about the backlash she’s been getting from fans saying she doesn’t look like herself in her recent photos. She thinks she looks great. And actually does not care what people think as long as she’s happy.”

Meanwhile, this happens a week after fans saw the controversy of her new Ipsy looks: a drag of Beyonce’s ‘Check On It’ look.

After unveiling their new brand ambassador Khloe, the company posted a list of her beauty routine and products. Many, however, were commenting on how similar this theme to Beyonce’s.

Khloe rocking glam look, a much more original style that shows off her muscled hands.