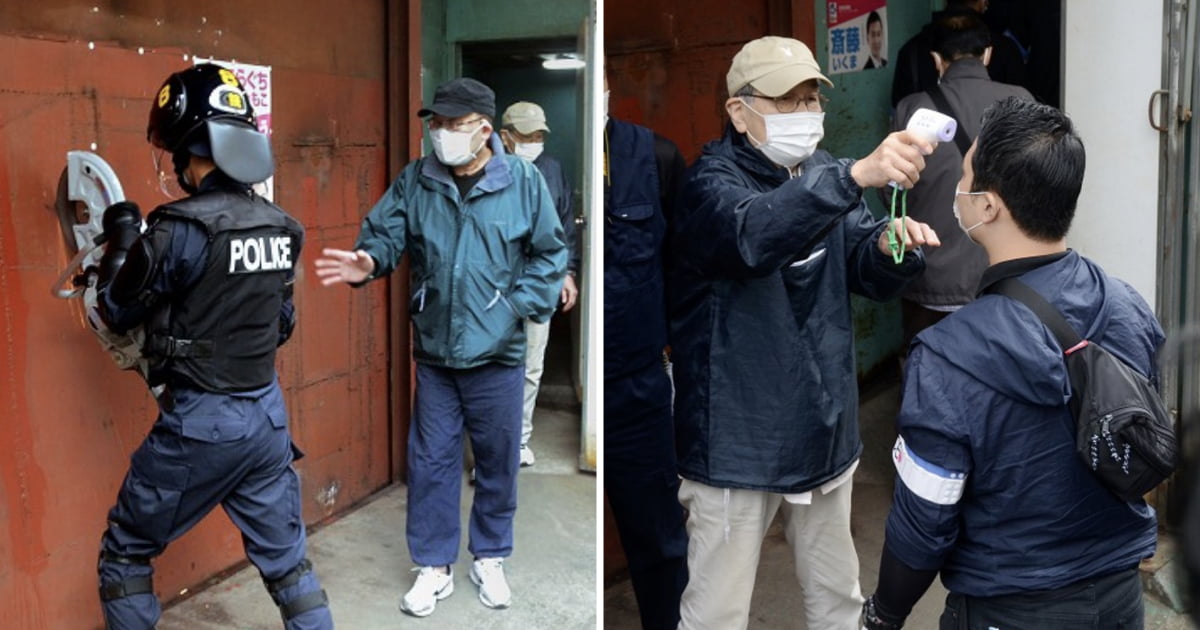 Japanese Cops Raid Ultra-Leftist Headquarters, Got Their Temperature Checked Instead

Among the numerous unforeseen experiences launched by the global pandemic is checking the temperature at the entry of indoor spaces with a gun-like device. As a result of the deadly virus, standard operating procedures were equally put in place, and even police officers are not exempted.

Just recently, Japanese cops raided the headquarters of an ultra-leftist group in Edogawa Tokyo, but suspects insist they have their temperature checked before entering the building. A viral clip of an attempted raid showed the officers seeing through the entrance of the headquarters.

This is some amazingly comedic footage: today, over 100 police officers raided the Tokyo headquarters of an ultra-leftist group.

First, as they’re trying to saw their way in, the group’s representative just opens a door and is like, dude just use the door pic.twitter.com/rsDtUNixRW

Spotting the officers, a member of the group who heard the rack opened a side door to interact with the law’s officers. Shizumi Takeo, the leader of the group and its members, is presently being investigated due to a 1971 riot in Shibuya that led to an officer’s death.

Then, the group’s representative takes each officer’s temperature and gives each permission to enter

‘This is some comedic footage. Over a hundred cops raided the Tokyo headquarters of an ultra-leftist group. First, as they were trying to saw their way into the building, the group representative opened the door and was like, you can use the door. Shortly after, the group’s representative took each of the officer’s temperature before granting each permission to enter the building.’ Twitter user @johnny_suptama explained.

The conducted raid came after Shizumi made his first appearance in 51 years at a recently held rally. The cops had, on the other hand, managed to get hold of one of the members, identified as Yagi Yasuyuki, after his driving license was used for the application of a government grant amid the global pandemic.

Nevertheless, the riot in Shibuya happened on November 14th, and it was a protest over the terms of the reversion of Okinawa. A group of an estimated 400 people was in physical combat with police officers, and expectedly it resulted in injuries and even death. Suspected activists of the incident have continually been arrested and sentenced a full –life imprisonment.