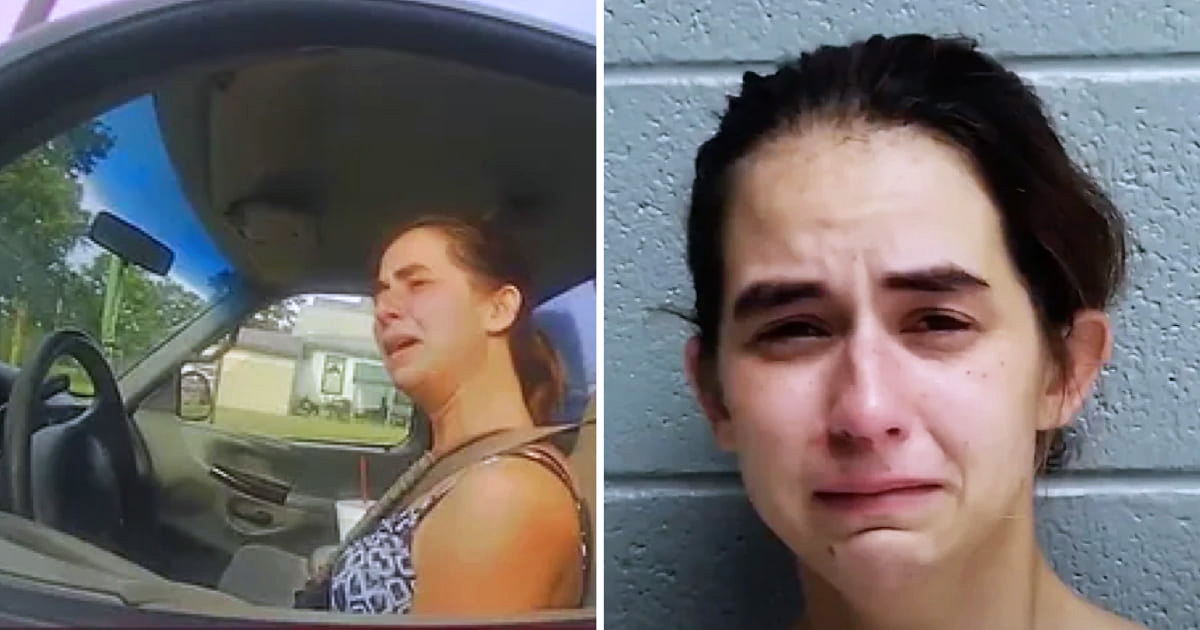 Just minutes before leading officials on a high-speed chase, an Oklahoma-based woman told a cop she had to poop so badly. The embarrassment or perhaps excuse was filmed in a newly released bodycam footage and had since gone all viral. Emily Sindt Owings, 28, was pulled over after a police officer in the city of Enid spotted she wasn’t wearing a seatbelt.

Reportedly, Emily didn’t have any means of identification or insurance except for a medical marijuana card. The officer, who ran her information realized that her driver’s license had actually been revoked. Shortly after she Emily was informed about an outstanding warrants check, she tearfully replied to the officer: ‘But I have to poop so bad.’ The bodycam footage revealed.

‘It’s my birthday. It’s my f**cking birthday. Why won’t you just let me go? Emily added, of which the cop responded: ‘Because your license is actually suspended.’ Rendering apologizes and reiterating that she didn’t know, otherwise I won’t be driving again, Emily hilariously stated: ‘But can I please go home and go poop.’

It was, however, realized during the stop that there was a warrant out for her arrest for fighting an officer. The officer then requested she get out of the vehicle, telling her she’s under arrest. The officer in charge informed her that she has warrants in Woods County and they’re coming to get her. Refusing to cooperate, Emily continued: ‘No they aren’t! F**ck you guys.’

Interestingly, she speeds off leading cops on a chase for several blocks at speeds estimated at 70mph, an equivalent 112.6kmh.  Having blown through numerous stop signs, Emily stopped and gave herself to the cops, who had their guns drawn. ‘Can I poop in your car, man? Emily asked as she was escorted into the squad car. The officer then replied: ‘You could have already been on your way to jail.’ Emily responded: ‘Yeah, but not pooping!’

Nevertheless, cops admitted they saw a pipe with meth on searching her vehicle and she’s presently booked into the Garfield County Detention Center on charges including, possession of drug paraphernalia, reckless driving, and driving under suspension.