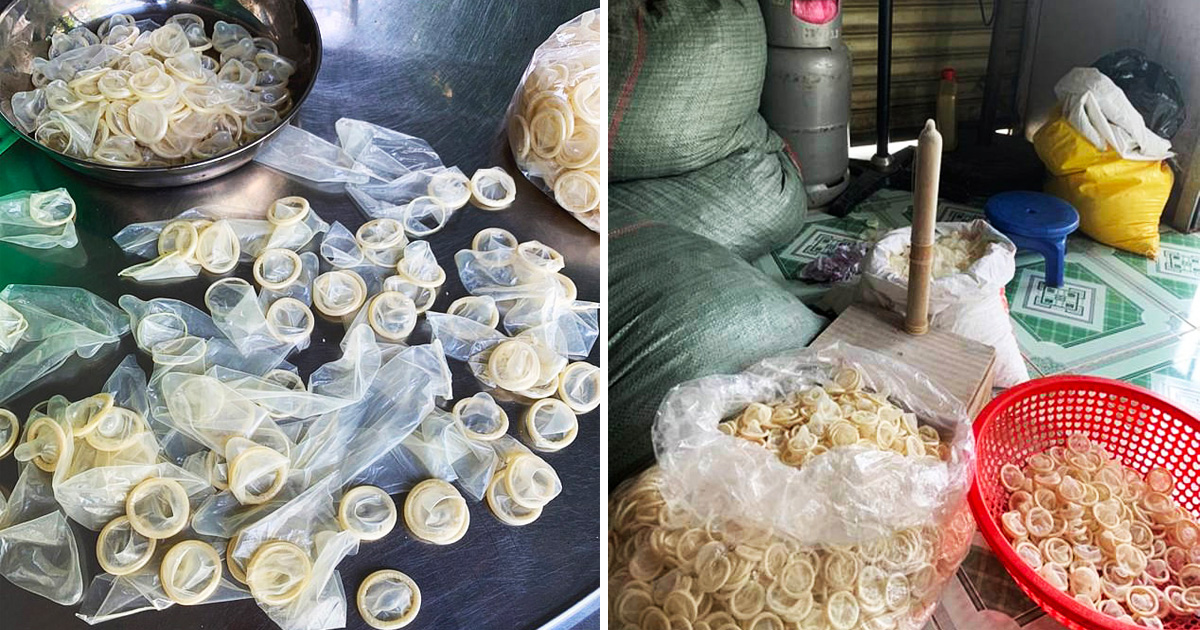 Police Seize 324,000 Used Condoms Being Recycled To Be Resold In Vietnam

Vietnamese officials have uncovered an estimated 324,000 used condoms that were being washed and stocked up for resale

The whole operation was precisely run in the province of Binh Duong in the South of Vietnam. Cops raided the warehouse and seized the already used prophylactics. The owner of the warehouse, Pham Thi Thanh Ngoc was arrested and revealed she receives used condoms once in a month from an anonymous person. The 33-Year-old equally admitted cleaning, drying, and sorting out of the used condoms before selling them back to the public.

Fortunately, the used condoms were seized as evidence but will be trashed of immediately as they’re considered hazardous medical waste. ‘Condoms are categorized as medical items, hence we will take a close look at the several laws the owner of the facility has broken.’ A government authority said.

It’s, however, not known how many condoms have been sold out but the number found by the police weighed 360kg. Reportedly, all the used condoms were discovered unlabeled and unpackaged, but when repacked are sold to market stalls and hotels around the warehouse.

Nevertheless, the use of condoms from dubious manufacturing factories tend to pose a big threat to human health, including critical infection and even death.