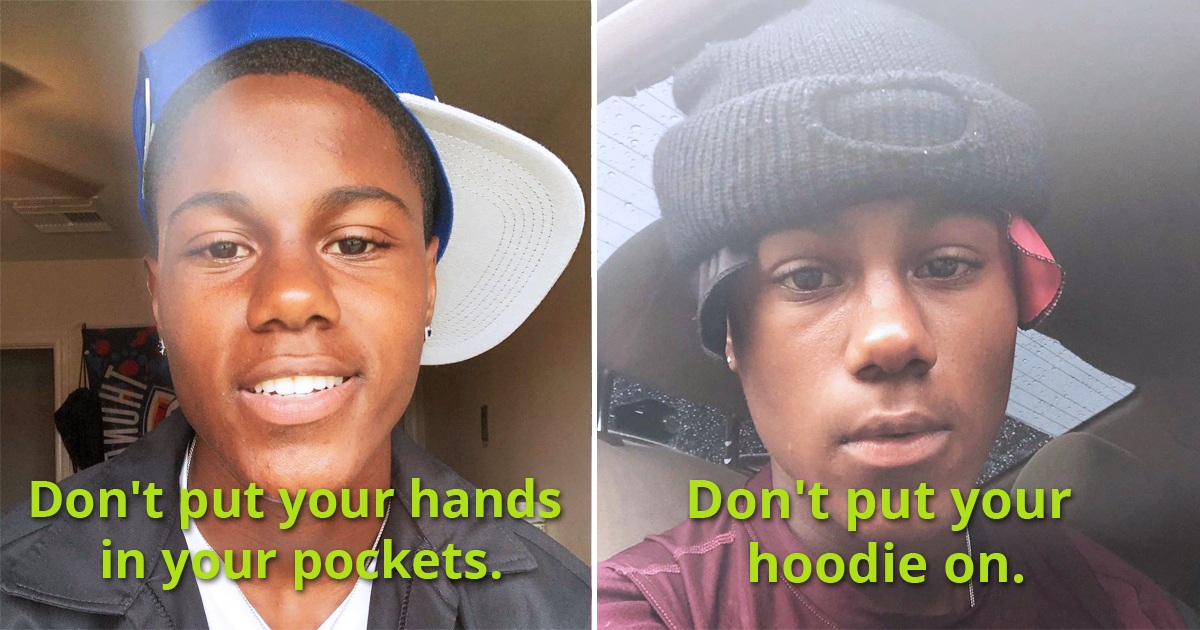 Days after the passing away of George Floyd, a Houston Texas resident – Cameron Welch took to TikTok illustrating the racial tensions the United States is presently faced with.

In a now-viral video, the 18-Year-Old teen highlighted the unprinted rules his mother has made him follow in order to keep him safe. Being a young black man, his clip has struck a heart-melting nerve on the internet amid the ongoing cruel acts committed against the black community.

Welch, a high school graduate, with the username @skoodupcam on TikTok addressed the realities of what it’s like to be black-skinned in America and has garnered over 8million views after highlighting the rules his mom make him follow.

These rules he highlighted in his TikTok:

Don’t put your hands in your pockets.

Don’t put your hoodie on.

Don’t be outside without a shirt on.

Check-in with your people, even if you’re down the street.

Don’t be out too late.

Don’t touch anything you’re not buying.

Never leave the store without a receipt or a bag, even if it’s just a pack of gum.

Never make it look like there’s an altercation between you and someone else.

Never leave the house without your ID.

Don’t drive with a wifebeater on.

Don’t drive with a du-rag on.

Don’t go out in public with a wifebeater or a du-rag.

Don’t ride with the music too loud.

Don’t stare at a Caucasian woman.

If a cop stops you randomly and starts questioning you, don’t talk back, just compromise.

If you ever get pulled over, put your hands on the dashboard and ask if you can get your license and registration out.

Welch admitted that the hearing of George’s case at the hands of Minneapolis police inspired him to speak up and share what it’s like to live with such an intensified awareness of the cops.

‘I wanted people to understand the kind of things my mom instilled in me because my people are continually judged by the color of their skin and not by the content of their character. It’s a needed conversation our parents must have in order to ensure that we return home safely. Welch reportedly said.

He added: ‘Our voices must be heard. We’ve endured so much and hurts to be heard. We need you to feel a fraction of what my people feel every day in order to get a positive change. Not one race should ever be made to feel this way that we feel at the moment.’