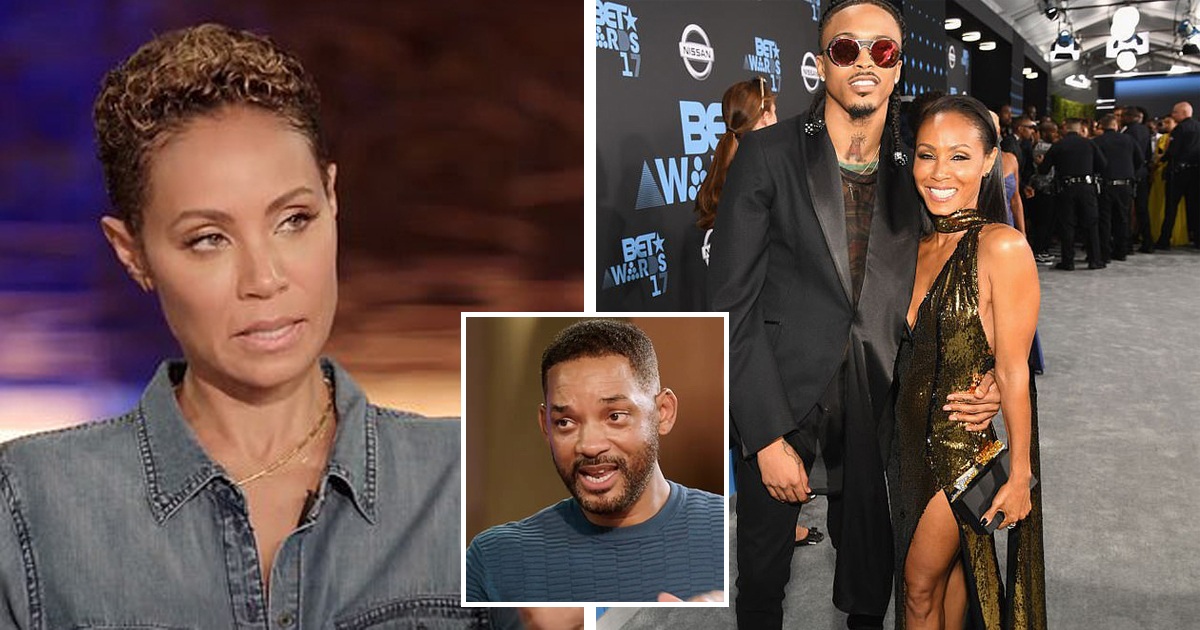 In a heart-to-heart discussion with her husband, Jada Pinkett Smith has admitted an affair with rapper August Alsina. The pair amid a special Friday edition of the Red Table Talk Show highlighted their story on the rumor about Jada’s affair with Rapper August, 27.

Jada, 48, was seen on Facebook sitting down with husband Will Smith for an intimate discussion, revealing the affair transpired when they were going through a difficult time and importantly they had officially broken up.

Jada Pinkett Smith,48, has admitted an affair with rapper August Alsina during a Red Table Talk Show with Husband Will Smith

The tell-all comes after both celebrities denied August’s claims that Will granted him blessings to have a sexual relationship with Jada.

Setting the record straight, Jada explained that the couple met with August via their son Jaden and recalled the Louisiana-born rapper who was aged 23 at that time was actually ill.

‘It was started with August just needing some assistance. I wanted to help his health and his mental state. The outpouring from our family was major because of his health. We discovered all those different resources to assist in him pulling through and from there I and Will were going through a challenging time.’ Jada explained.

Of which Will responded: ‘I was done with you’. Jada went to reveal they had decided to go separate ways for a period of time as well.

‘What then did you do, Jada? Will questioned, persuading his wife to keep up the revelation. She added: ‘As time passed by, I got into several types of entanglement with August.’

Accordingly, Jada, who is a mother to Jaden and Willow also addressed August’s claim that Will granted her permission to have a sexual affair.

‘The only being that could have granted permission in that circumstances is me. August was obviously trying to send a message because I could see how he saw it as an authorization, especially because we were shortly separated. I think he wanted to make it clear that he’s not a homewrecker. He’s actually not.’ Jada explained further.

Nevertheless, the couple at a point in the conversation high-fived and did echo together: ‘We ride together. We die together. Bad marriage for life.’ A reference to a catchphrase in Will’s Bad Boy Movie.

Internet Users Did React To The Bombshell Tell-All Confession