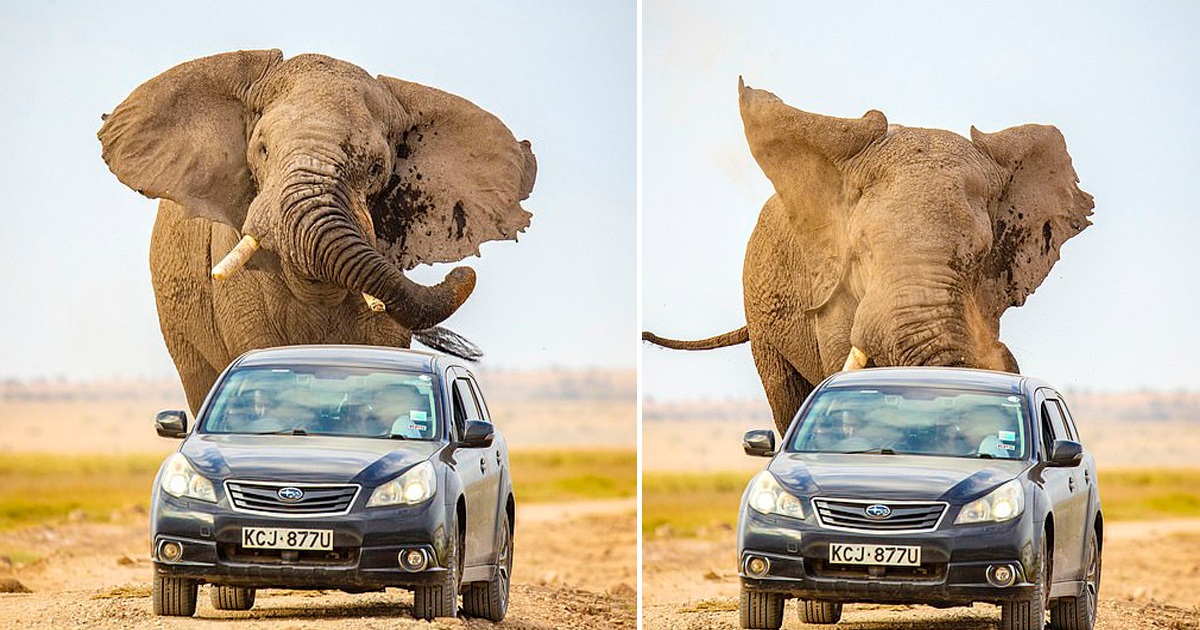 How often do you see elephants? And have you ever witness the hilarious side of an elephant? More often than not, many people had recalled the scenarios that transpired when they did come across the creature, and some have laughed about the experience while a few got worried thinking about it. However, we can’t tell how a recent victim of the enormous animal felt after being chased, but we can say it’s pretty hilarious.

Photos surfaced on the internet, showing the dramatic moment a stunned elephant chased after a vehicle racing down a road in Kenya. The female elephant, via a now-viral clip, was spotted towering over the car and appeared posing to trample on it.

The hilarious moment an elephant stunned by passing vehicles chases after a car in Kenya.

The driver did speed away after another motorist alarmed the creature. 43-Year-Old Mwangi Kirubi captured the incident on camera while waiting in a vehicle to take photos in Amboseli National Park.

Neglecting his aim at the park, Kirubi, who witnessed two cars, rushed past him, quickly directed his attention to the funny scene, and captured it all. ‘We eventually split into two groups in two cars. We sat peacefully enjoying the company of the huge elephants not until other cars came speeding towards our spot and beeping we should make way for them.’

‘I had no idea where they were going, but were in a hurry, ignoring the 25mph speed limit of the National Park. I couldn’t believe the speed agitated the elephants so much until I saw from my car that the creature was approaching another car, threatening to attack.’ Kirubi explained.

Elephants are widely believed to be quiet creatures, but they won’t, however, hold back to attack if felt threatened. On the other hand, it has continuously been warned that mother elephants might resort to aggression due to their young calves. In contrast, the male elephants can equally get exceptionally angered during musth – a phase when their testosterone level is high.