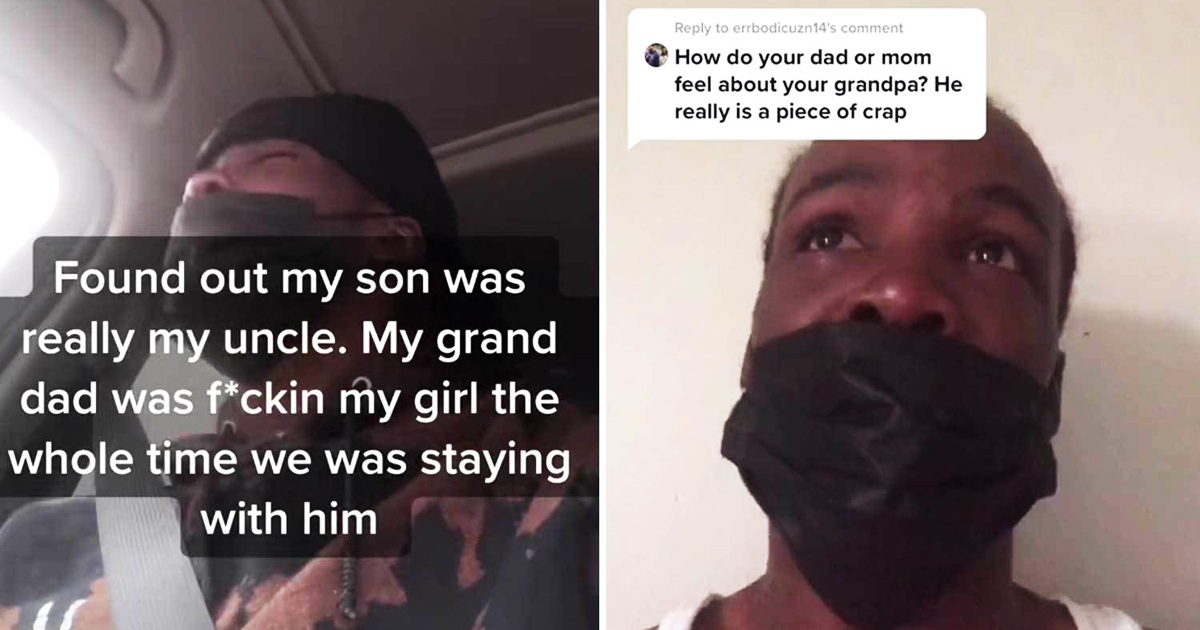 A TikToker has left the internet in facepalm after sharing how he experienced a heartbreaking betrayal by his granddad and girlfriend. Under the username @Stacks1400, the man had wished the ground should open for a swallow when he discovered that his son was actually his uncle.

The family dynamic is complicated as his granddad had been sleeping with his GF during their stay with him. While the man indicated that his grandparents appeared to have a history of such behavior, @Stacks1400 was downright demoralized by the situation as he seemed to be teary in the clip.

His Granddad had been sleeping with his GF the whole they were staying with him.

Can’t believe I expected more from a man that had a whole other family around the corner from my granny house. ##fyp ##redpill ##ZitHappens

“Found out my son was my uncle. My granddad was f***in my girl the whole time we were staying with him.” The man explained. His caption had read: “Can’t believe I expected more from a man that had a whole other family around the corner from my granny house.”

@Stacks1400’s son happens to be his uncle. However, a scroll through his GF phone had exposed it all.

In a separate clip, @Stacks1400 shared that he discovered that he was being cheated on with just a glance through his GF’s phone while she was in the shower and their son was playing. The scrolling through exposed messages, photos, and even explicit stuff. In another post, he further shared that his dad never liked his dad.

It turned out, his grandparents appeared to have a history of such behavior.

However, he has since vowed not to share on the site an image of his uncle, who appears to still be in his life. On the other hand, the revelation has instantly garnered over 11million views with numerous reactions. Many TikTokers got sympathetic, while a few imagined how they would have handled the subject matter. “Jesus, that’s rough.” One user commented. Another shared: “I’m confused; someone explain, please.”