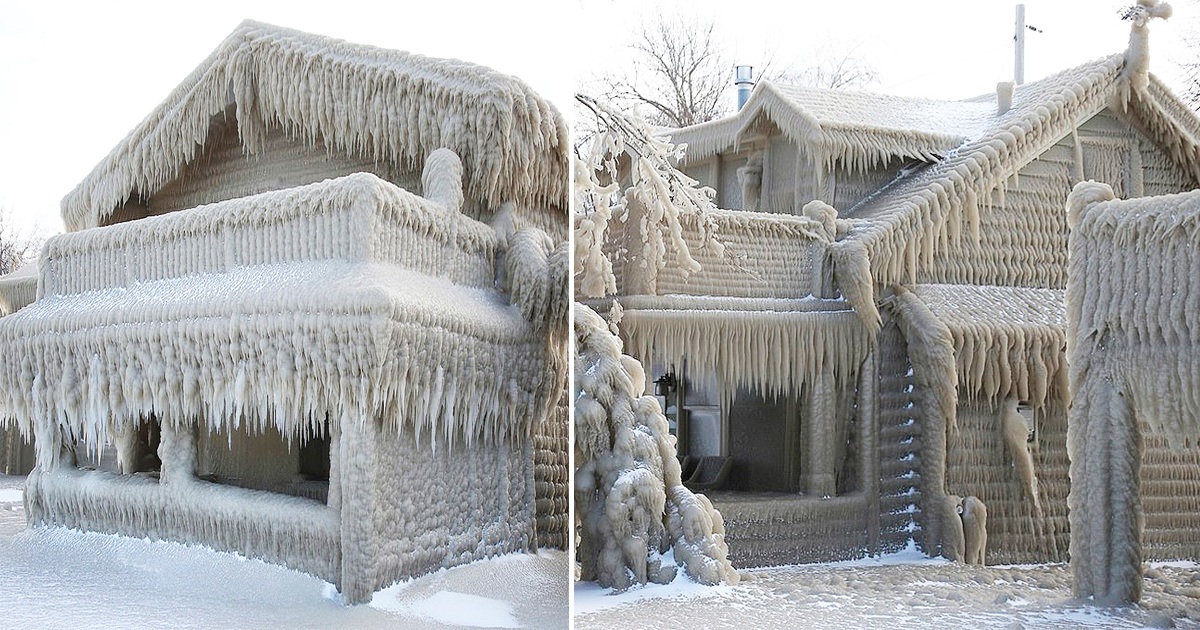 An icy discharge and snowstorm on the East Coast have frozen over Lake Erie neighborhood in New York, changing homes into Igloos and water into an ice sheet.

Homes in Hamburg, New York were covered in ice, with icicles hanging down from windows and doors, leaving some homes completely in the dark.

Snowstorm on the East Coast have frozen over Lake Erie neighborhood in New York, changing homes into Igloos and water into an ice sheet

Disturbing photos show homes, including trees on Hoover Beach, right in front of the lake covered in thick ice and snow.  The aftermath is obviously extreme as some residents had to force their way out of their homes.

‘I had to go out using a secondary door and then chisel my way back into the house by breaking down the ice.’ Ed Mis, a Hoover Beach Resident said.

Mis revealed he checked on his neighbors after waking up and realized the entire neighborhood was covered in ice. He said the woman living next door to his had had her home covered in thick ice, almost reaching her roof.

‘This is like our 6th storm in a matter of a few months and it’s sort of wearing on everyone. Mis added.

The ice, however, started to accumulate over the weekend due to freezing temperatures plunging 21 Fahrenheit. Waves from Lake Erie pounded the shoreline, while strong winds further blew water onto the homes.

Hamburg was hit with a snowstorm that brought heavy snow & splattering 10-foot waves from Lake Erie. Locals are, on the other hand, worried about their homes as the lake draws closer to their properties due to erosion.