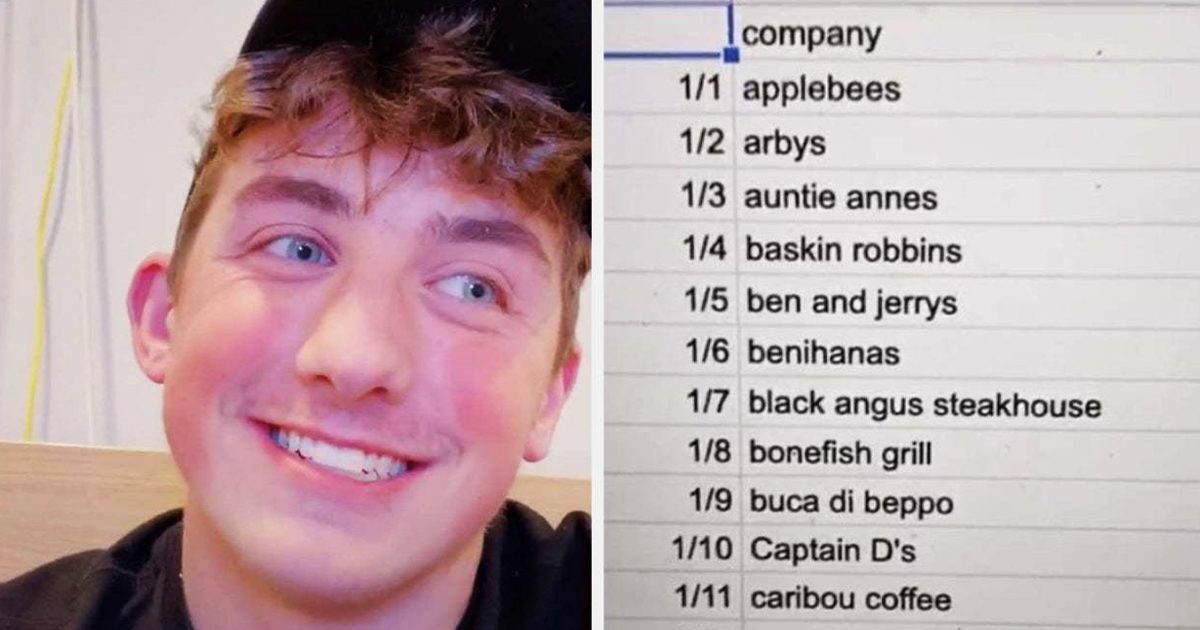 Some life hacks are really cool and change your life literally while still being ethically cool. But some lifehacks, like this, really do… screams frugality to the max. Some may think this is fair game, but others think it’s almost like scamming. Noah Wille, 19, decided it’s his only way to survive without falling into debt.

He shared his method for free food every day on TikTok and it quickly went viral.

And here he goes, explaining it step-by-step plus the reason why he did this.

Even Noah himself admits that this isn’t a really ethically cool thing to do. He began his video, “Okay, life hack that is also kind of terrible.”

He shows the spreadsheet he made for getting freebies.

“So I put them all in here, and I put my birthday on each website for a different day of the year. So I have 365 days of free food. Tomorrow I have a free meal from Benihana’s.”

He added, “I really hope I’m not the only person who is crazy enough to do this.”

Well, boy, it’s unfortunate to say that you’re probably the only person currently with this spreadsheet.

He himself did not believe that he’s done so much for free burgers, drinks and pizzas. But he thinks this is “well worth it”. So far, a million people have viewed it and gave 200k likes.

Noah that talked about the reason why he did this.

“A few years ago when I was in high school, I had started my own nonprofit organization to help the homeless community in central Iowa. We would fund-raise tons of money and put together care packages to help them out for a few weeks,” said the boy.

But things went south when he moved out from his parents and tried to support himself, “About two months ago, I moved out to LA without the support of my parents and ended up finding myself in a similar spot to many of the people I usually helped out with — lacking food security.”

He didn’t want to plunge into debt and said that one day, he thought of the birthday plan and worked on it for 3 weeks.

Call it unethical, but this sounds exactly like what college students and homeless people need!