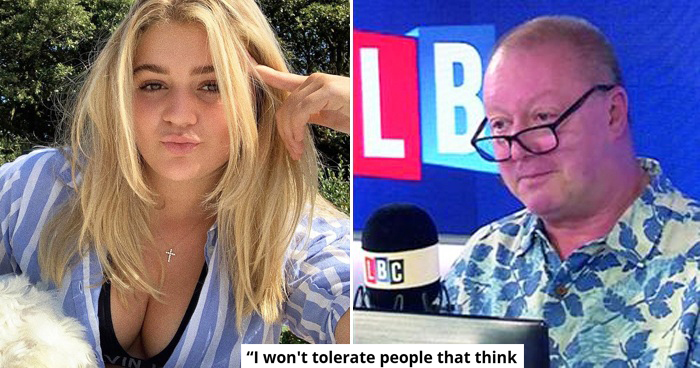 Tilly Ramsay has taken to social media to address a recent comment made on a national radio station on her body. The 19-year-old daughter of renowned celebrity chef Gordon Ramsay penned a criticism on radio host Steve Allen, 67, that she’s not tolerating his words.

Host Steve Allen made comments about Tilly’s appearance and how her body cannot keep up with the dancing in BBC’s ‘Strictly Come Dancing‘ on LBC.

“Tilly Ramsay is on ‘Celebrity MasterChef Australia,’ is she? Well, she can’t blooming well dance, I’m bored with her already,” the host spoke while taking in a listener’s message from the DJ.

“She’s a chubby little thing, isn’t she? Have you noticed? Probably her dad’s cooking, I should imagine.”

The influencer, whose real name is Matilda Elizabeth Ramsay, has taken to Instagram to slam back at the comment, emphasizing that she draws the line at “commenting on my appearance.”

“I try not to read and listen to comments and negativity however recently being called out on a national radio station by a 67-year-old man is a step too far,” wrote the ‘Strictly Come Dancing’ competitor.

“Steve, please feel free to voice your opinions. However, I draw the line at commenting on my appearance. It’s such a shame that someone is trying to make such a positive experience negative.”

She continued, “This isn’t the first and definitely won’t be the last comment made about my appearance and I accept that and I’m learning to accept myself.”

“But please remember that words can hurt and at the end of the day I am only 19 and I’m so grateful for all the amazing opportunities I have been able to take part in and I understand that being in the public eye obviously comes with its own repercussions and I’ve been aware of this from a young age.”

“However, I won’t tolerate people that think it’s okay to publicly comment and scrutinize anyone’s weight and appearance,” she concluded and ended the piece with ‘Love Tilly xx.’

Tilly is partnered with Nikita Kuzmin for the dance competition. Her exposition has also been showered with positivity from her followers.

Host AJ Odudu praised her, “Well said, Tilly! Your beauty radiates inside and out.”

Italian dancer and choreographer Graziano Di Prima has also expressed his sympathy at the comment Tilly’s received with angry emojis and the hashtag ‘#nowords.’

The former winner from ‘The Greatest Dancer’ Jowita Przystał encouraged her, “You are beautiful inside and out, Tilly! Remember, people like him say those things because of their own insecurities and problems. Don’t listen to them and do YOU because you are amazing, girl! We love you! #bekind”