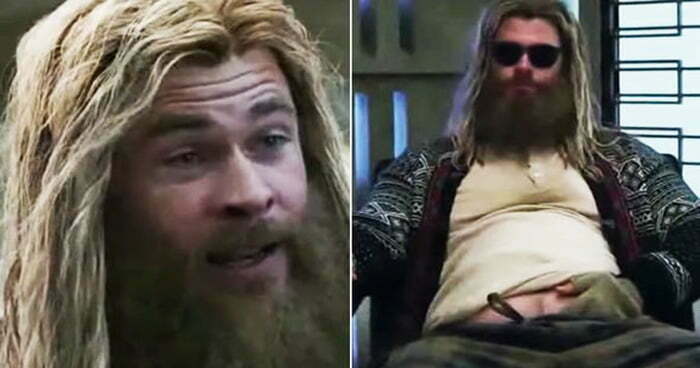 Fat Thor: Will He Come Back Thicc For Taika Waititi’s ‘Love And Thunder’?

One of the biggest plot twists in ‘Avengers: Endgame’ is how fat Chris Hemsworth’s Thor became post-snap. He failed to aim for the head and after killing Thanos, he only felt sorrow and retreated to a life of a shut-in gamer. As a god, he gets to have a beer for days and maybe years, who knows? And not die from it. Oh, and he gets to threaten Noobmaster69 without having to fear the repercussions.

But after that, Thor got back on his feet and was in his god suit to fight the army of Thanos. Occasionally changing hammers with Captain America, we all know the avengers won albeit with Tony’s sacrifice that forces himself to snap everything back to its place.

The last we saw of Thor was him hijacking Star Lord’s spaceship, teasing about the chance of ‘Asgardian of the Galaxy’. But whether this is going to happen or not will have to wait until ‘Thor: Love and Thunder’ as filming was temporarily paused when James Gunn was fired.

So, did people love fat Thor?

There’s a lot of explanations why he’s fat, but we all know it’s mostly for comedy relief. In reality, though, people hated it.

A Buzzfeed writer even felt attacked from fat Thor because ‘one of my favorite celebrities dons a dehumanizing fat suit, turning one of my favorite characters into a walking, talking fat joke.’ Yes, no matter how ‘inclusive’ you want to make a movie be, a ripped man that turned fat will become a bigger joke than one that is fat initially.

This becomes annoying when we try to fit the logic of men who game all day and drink beers all night to literally the god of thunder himself. Depression made Loki looked horrible, but he didn’t gain or lose weight. He got more weight from, what, a couple of Bloody Marys?

Some hated how the movie kept poking of fat jokes and some don’t like how they just decided to turn the god of thunder into a lazy dude. He gained his worthiness as a god who cared for people, and now he’s one too lazy for that and is only all in when it comes to slaying Thanos. How can I say that? Captain Marvel was busy helping the rest of the universe while Thor played fortnite for years.

Taika Waititi was the man who changed the tone of Thor into something hilarious. We might be seeing fat Thor again in ‘Thor: Love and Thunder’, but only time will tell.