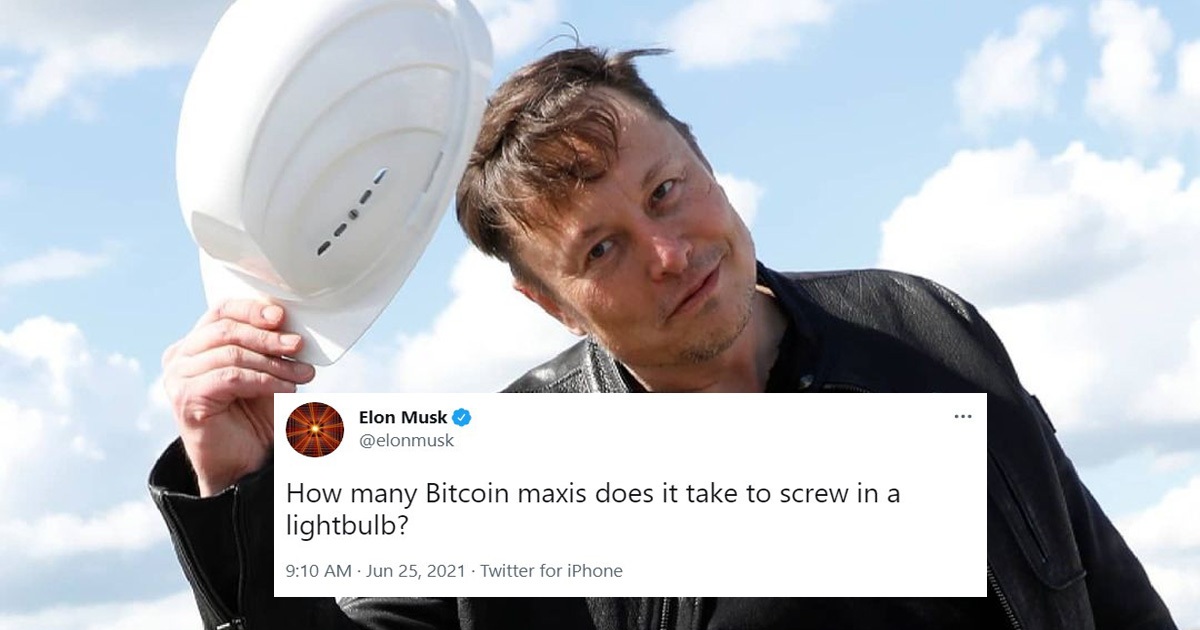 Elon Musk Asks How Many Bitcoins Maxis Needed To Screw A Lightbulb, And People Responded

Elon Musk made another shot on cryptocurrency with his Twitter, jokingly asking how many Bitcoin maxis one would need to screw in a lightbulb. Maxis, slang for Bitcoin maximalists, is a term for people who believe in the supremacy of Bitcoin as the only digital currency needed in the future.

Elon’s dig at Bitcoin received quite a number of responses.

Despite his jab, Bitcoin’s value continued to rise and passed $35,000 number. Just earlier this year, Tesla’s CEO announced their plan to accept Bitcoin as a payment. But in May, Tesla is suspending their plan due to concerns of fossil fuel used in Bitcoin mining.

People and their hilarious reactions at his beckon.

He urged people in an interview at a public signing, Elon urged people, “Don’t invest your life savings into cryptocurrency. That’s unwise.”

It crossed the $35,000, but the curve is heading downward at below $33,000 at the writing of this article. This isn’t the first time Elon has made an impactful remark. Previously, he mad a jab joke at Dogecoin with his mom on SNL and it dropped 22%.