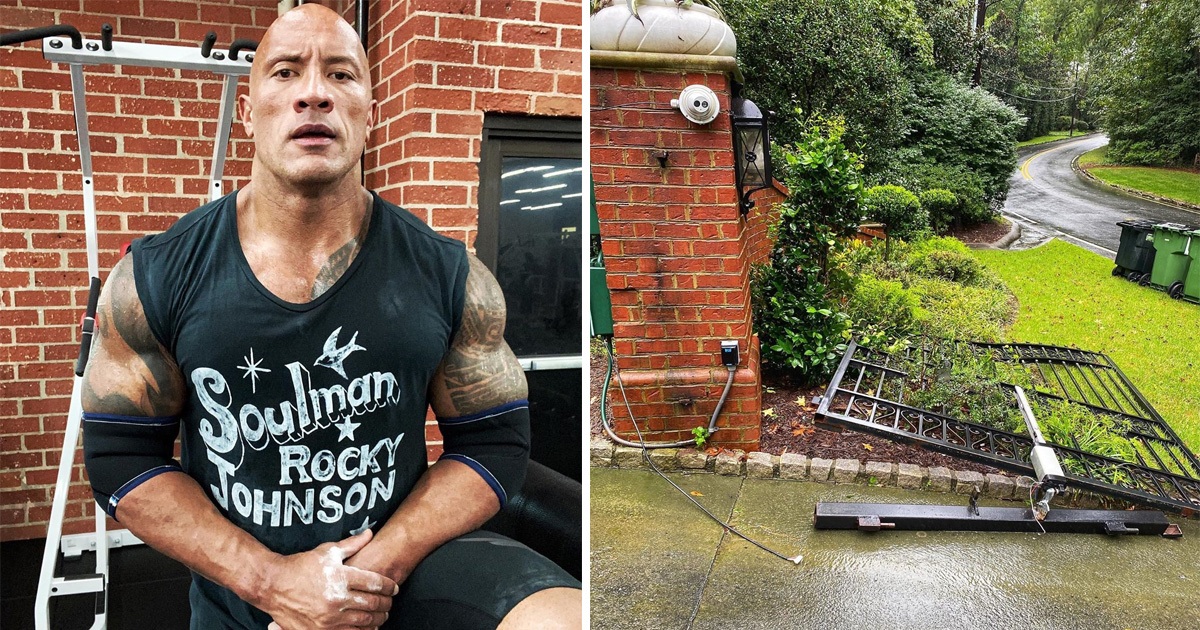 Who else goes into panic mode when power outage suddenly made it impossible to open their garage door? You’re late for work and taking a cab is obviously a very pricey choice. Your boss is waiting and yet, you’re stuck here.

Dwayne Johnson’s choice was only one: break open his door ‘Hobbs & Shaw’ style.

Power outage has got his door stuck and the alternative method which is to override the hydraulic system did not work. He made calls to have the gate tech come, but it’s going to take them more than 45 minutes, but the set crews for ‘Black Adam’ are already waiting.

Dwayne said, “So I did what I had to do. I pushed, pulled, and ripped the gate completely off myself. Tore it out of the brick wall, severed the steel hydraulics, and threw it on the grass.”

The security team later met the gate technician, and plus welders now, who are, as Dwayne ‘The Rock’ Johnson wrote, “in disbelief and equally scared”.

Dwayne included two videos filmed by his technicians on accessing and working on the damages afterwards. He explained, “Sure as hell wasn’t my best hour, but there were a lot of people waiting for me at work so I did what I had to do, hopped in my pick up and went to work.”

“Jokes aside, THANK YOU to the techs and welders who mobilized very quickly in the morning to come over and take care of the destruction. Thank you, gentlemen.”

It also seemed like he wasn’t having a great day, “Just one of those days where I wasn’t in the mood. We’ve all been there.”

Definitely can relate to the feeling of wanting to rip a gate sometimes.