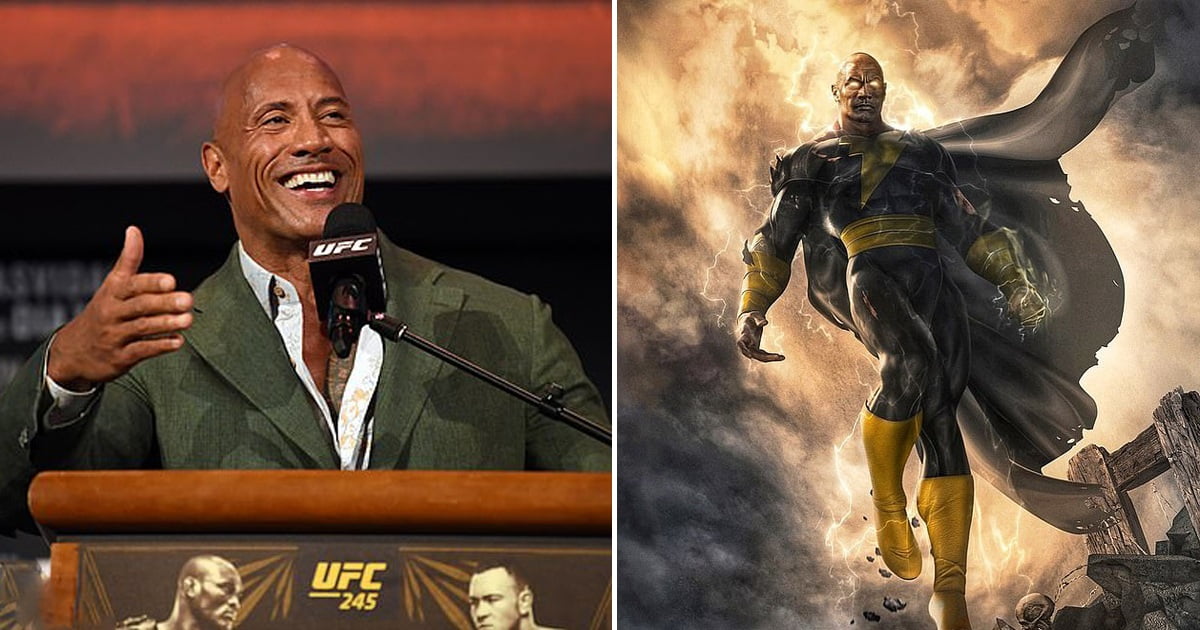 DC Comics fans for the adaptation of Black Adam has been waiting, and finally, a date for that waiting to stop has been set. Dwayne Johnson himself has confirmed that it is released in 2021.

The 47-year-old WWE champion uploaded a post of a Black Adam artwork on Thursday, and along with it is a date that we’ve been waiting for. Johnson reveals the movie will hit theaters on December 22, 2021.

This artwork was a collab between BossLogic and comicbook artist Jim Lee.

The Rock who has always uploaded posts with inspirational captions and lengthy statements had his Black Adam post colored with his history on comic books. He said that ‘the greatest superhero of all time – Superman’ was the hero ‘I could never be’.

He realized that as a fighter, he was “rebellious, rambunctious, resistant to convention and authority”, unfitting personalities to become a Man of Steel.

The Rock thinks he has a good heart and ‘liked to do things my way’, but even so, he considers that his dreams to become a superhero have come true. He shows what he feels about this role, saying, “BLACK ADAM is blessed by magic with the powers equal to SUPERMAN, but the difference is he doesn’t toe the mark or walk the line.”

Dwayne Johnson role as Black Adam is one that has been confirmed since 2007.

During San Diego Comic-Con in 207, The Rock announced that he has be cast for the role, but the idea was postponed for another two years. In 2013, ‘Man of Steel’ hit the theaters and Warner Bros. was finally ready to revive the project. They even planned to have Dwayne Johnson appear in ‘Shazam!’, but it never happened.

While on Twitter, Johnson revealed that production begins on July 2020.

Dwayne Johnson’s role in ‘Jumanji 2’ has also received a lot of positive feedback. The sequel to the movie, ‘Jumanji: The Next Level’ is hitting the theater this December which also start Kevin Hart as well as Karen Gillan who was Nebula in ‘Avengers: Endgame’.

Feeling grateful for the chance to play the role of a supervillain, he also wrote, “This role is unlike any other I’ve ever played in my career and I’m grateful to the bone we’ll all go on this journey together.” He thanked for digital artist BossLogic work with Jim Lee for the ‘badass collaboration’.