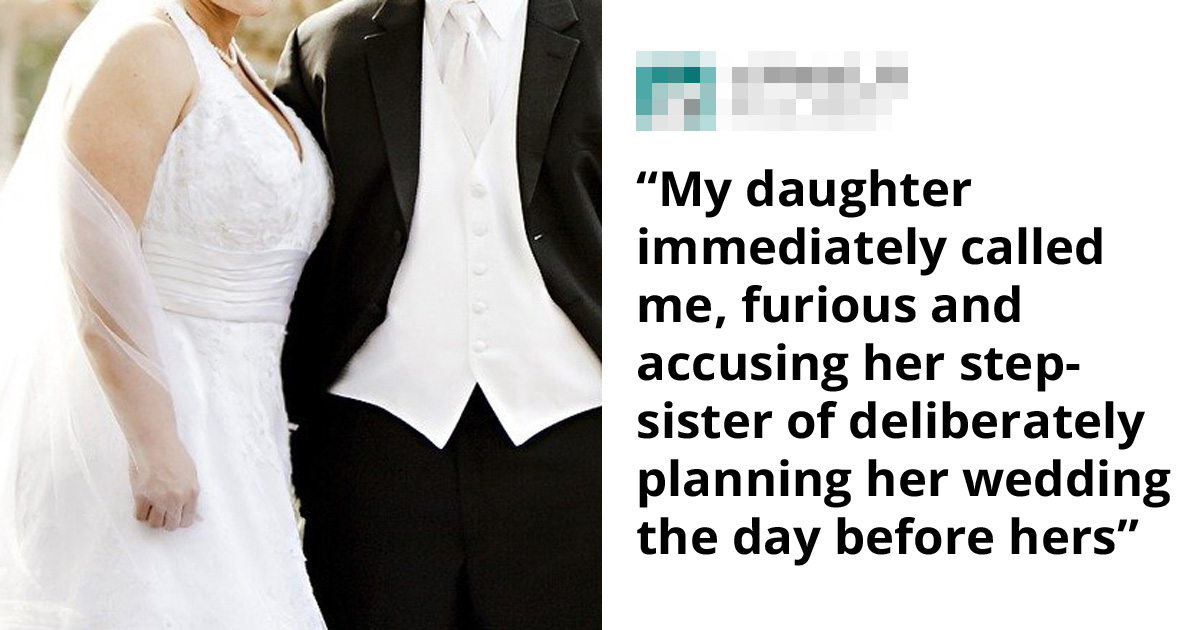 Having to choose between your daughters as a parent is a dilemmatic problem. Especially with the poor relationship the two of them have, you have to try harder to show that you love them equally.

A dad realized that he had failed his biological daughter, creating a huge rift between her and him with his stepdaughter. He turned to the subreddit ‘AITA’ for the mass’ opinions on whether he should’ve done better.

He planned to go there – but he left very little room for unexpected situations.

He’d attempted to fix the crack to no avail.

There are a lot of things to consider, but the fact was that he could’ve made it there. For example, if he’d set out earlier from his stepdaughter’s wedding. Or even way before that – to discuss the wedding date with both daughters before they announced it.

The dad shared, “I didn’t know about dates until my stepdaughter announced hers. My daughter was invited to stepdaughter’s wedding, but obviously, she couldn’t attend.”

“I knew she was planning for the fall, but I only found out about her date after my stepdaughter announced hers.”

Several people pointed out that he could’ve taken a flight, but he argued that it “would’ve taken longer” due to the time needed to drive to and fro the airport.

Reddit’s judgement was clear: He was an **shole.

The father later admitted he regretted not setting out earlier.

“And now I am regretting not leaving earlier. But my close friend’s wife who helped plan my stepdaughter’s wedding told me it’s extremely rude for the father of the bride to leave early. It was a mistake listening to her,” he wrote. “But I did believe a 2-hour buffer to be enough. Especially since I took traffic into consideration. I just didn’t expect to get lost and for traffic to be worse than normal.”