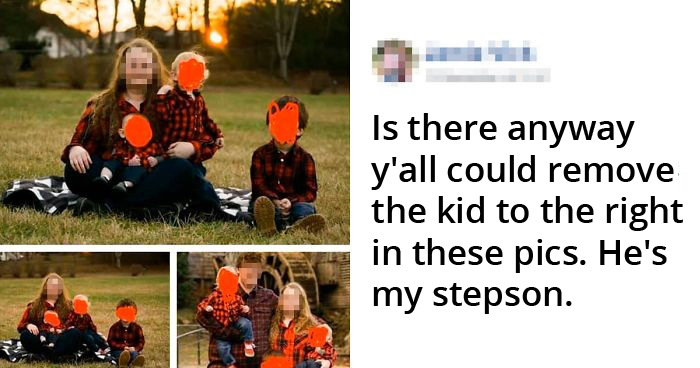 Evil stepmothers exist in this world, more than you may have thought. The majority probably don’t make their stepchildren wash the dishes and do house chores like Cinderella. But it’s not rare to hear how they are not treated as part of the family. As if their existence is proven to be a burden when they look at their siblings being treated well.

People were quickly judging as the mother’s claim to ‘love her stepson’ seemed farfetched. The biological mother also shared how she was pissed off as she only found out from her ex-husband’s mother on a Facebook page she followed. She was not informed about the post until two days later when she called her and confirmed it.

While the whole situation was upsetting, the biological mom said that she and her son finally felt the support they saw on the internet. She is also thankful for the support she is getting from her family and friends. She also added that if stepparents aren’t prepared to build a relationship properly with the stepchildren, do not marry their parent.

A reply from the biological mom on how she feels about the post.

The stepmom shares an apology statement explaining the situation.

It isn’t easy to bond with children that are not your own. The older they are, the harder it is to build it. But since the stepson was still very young, they are impressionable. The more they are left out, the easier for them to make out that they are not really treated as part of the family. It will absolutely take time to build that bond, but cropping them out of family pictures is definitely not one.