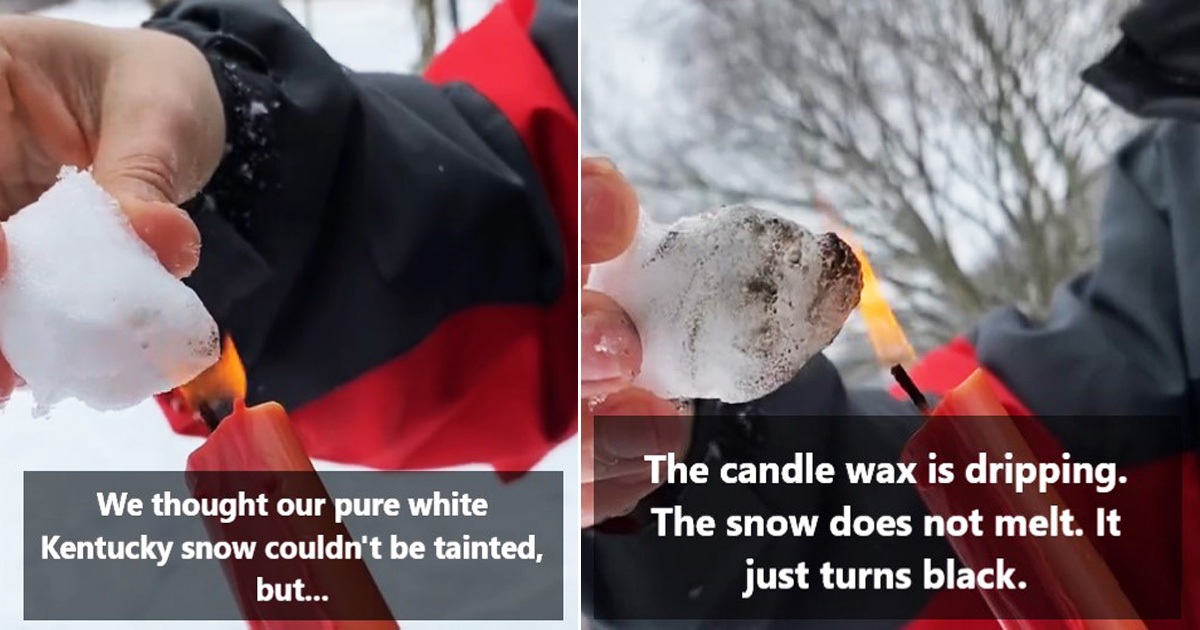 Conspiracy Theorists Back With Saying The Snow In Texas Is Fake

Conspiracy theorists are back! This time, they show how the snow from Texas is not ‘melting’ but ‘burning.’ Multiple videos on TikTok were shared with #burningsnowchallenge tagged. Many show how they took their lighters out to turn the snow into balls and burn them.

Is this real? Watch as black marks showed on the ball of snow she burnt with her lighter.

Someone from Kentucky decided to give in a try and melted the snow with candle.

The results was shocking because even in Kentucky, the snow also burns black!

It’s pretty distressing for some people. This challenge got a lot of people trying it out themselves.

The results are similar: the snow doesn’t look melting and leaves behind a black residue.

Texans’ households are hit pretty hard by the snowstorm, which almost overloaded the power grid. Millions survived after not having power for more than a whole day. But even after the power is back, citizens are hit with another shocking problem: thousand-dollar electricity bills, Business Standard reports.

A woman addressed this situation with her theories.

She started, “I’ve seen a few videos where the Texas people are going outside and getting the snow…”

Is this really ‘fake’ snow? Did the conspiracy theorists hit it right this time?

Physics people, that’s what so many geniuses and smart people hundreds of years ago studied so hard on. They did not spend their entirely life dedicated to improve our knowledge of nature and transformation processes for this. Our parents didn’t work hard to pay for our education for this.

Apparently, some people didn’t attend their 3rd science class, so a middle-aged man had to go out there to explain this… 7 years ago.

Essentially, a ball of snow is almost like syrup. When the snow melts, it gets reabsorbed immediately by the snowball back. Snow is not the same with ice cubes.

It’s also time that people remember the word ‘soot.’ People often forgot that when you put things on flame, the thing that leaves a residue isn’t just the material being burnt, but also the fuel you use to burn it. Candles and lighters commonly leave behind soot. For lighters, it’s because of the butane.