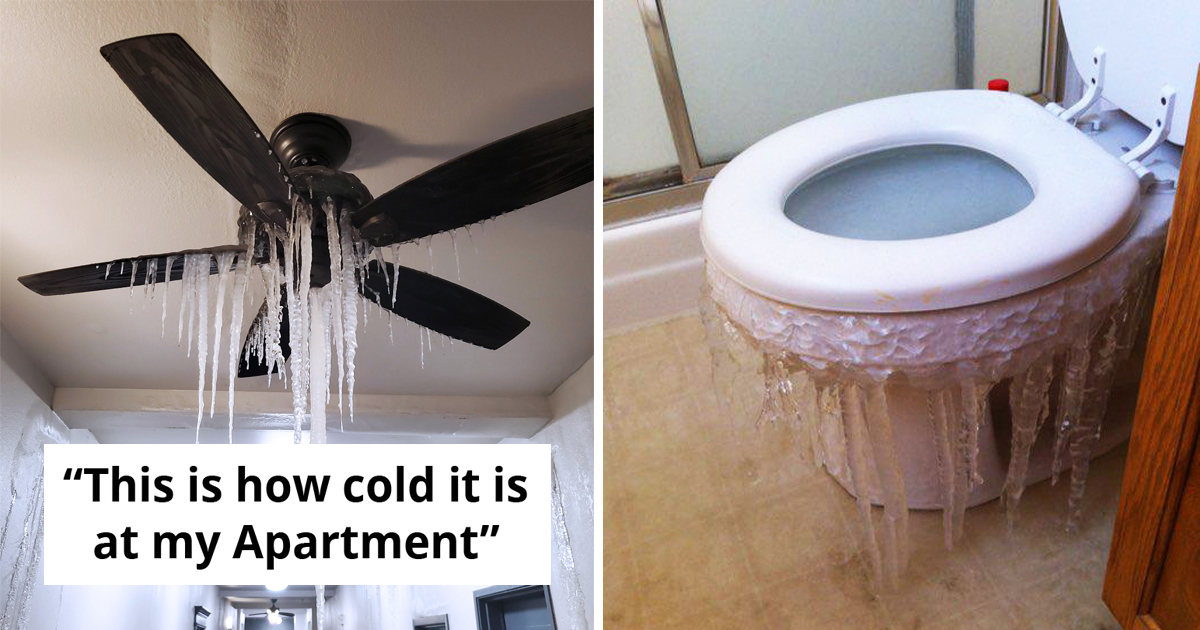 Winter is cold. But Texas has not witnessed such a devastating cold since 1989. While snow occasionally falls on the state, there has never been an incident where the city had to order rotating power to accommodate the city’s power demand. However, millions remained without power for more than a day on Tuesday.

Some people took this chance to spend time watching the snowfall since it doesn’t happen every year. Others have to deal with the dangerously slippery road and frozen plumbing. Some showed how cold it is from the freezing water of their backyard pool.

1. “Massive cold stun of sea turtles here in South Padre, 1500 turtles rescued so far… and no power to warm them up.”

2. “My parents let the dog go outside after the storm. These are the resulting footprints.”

The power grid failing was what forced the government to announce power rotation. The most probably explanation would be residents cranking up their heaters all of a sudden due to the cold. The sudden surge of demand may had knocked the generators out and fail as it’s beyond capacity.

6. “Going to the restroom in Texas today. (Real pic from a house in Dallas)”

So far, the cold has caused more than 100 car crashes in San Antonio. Even after the winter storm passes, millions are still stranded without power for hours now. As of Sunday, a federal state of emergency has been declared along with 135 warming centers. So far, 23 confirmed deaths have been tied to the record-breaking cold weather.

Chief Meteorologist Mike Clay recalls his times when he worked during the 1989 extreme weather in Texas. “At first, we didn’t believe it could get that cold, but the model (old weather forecasting computer model) kept showing the same prediction day after day, so I started to believe it.”

“Although my forecast was the coldest in town, I turned out to be about 10 to 15 degrees too high. All-time low-temperature records were broken or threatened.”

But after that came the heat. Mike added that Texas will experience hotter weather after, as the cold air was all used up on winter, much like how January 1990 became the warmest ever.