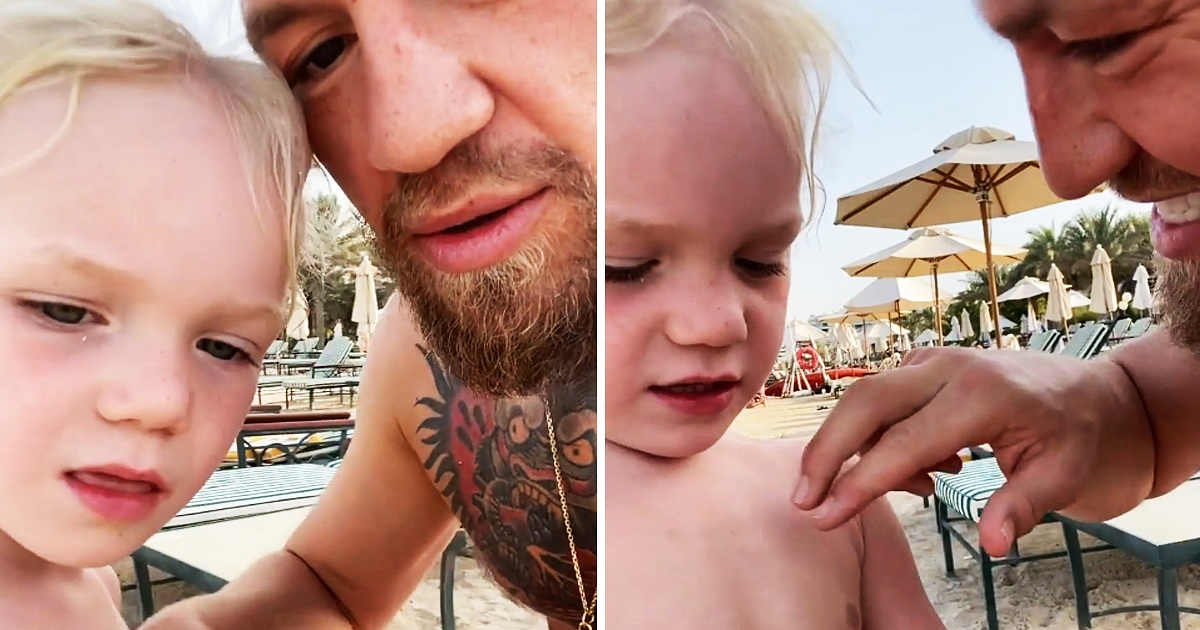 What a time to be alive. Do you remember when parents would get in between fights among kids so they can be friends? Sounds like such a long time ago now. Parenting is hard, but pushing them to be violent shouldn’t be a solution.

Conor McGregor recently gone viral with his controversial parenting advice to three-year-old son Conor Jr. We want our kids to grow up strong, independent, and able to protect themselves. But a 3-year-old kid isn’t that – they are kids that still need our protection and guidance.

Conor McGregor taught his son to retaliate when he got hit.

After showing his his necklace which was a McGregor family champion’s crest. “We are a king.”

“Then be faster, that’s why we train,” he added.

Many parents aren’t pleased with how McGregor is teaching his son.

One wrote, “Lovely! Telling a kid to go for the mouth or nose to hit another kid. Great parenting, not!”

Another suggested, “Wrong in a lot of ways. I am not a parent but don’t teach your kid to go fight in the street. Teach your kid to be better than that. The bigger man walks away. Only use self defense if you have too. Teach him that Champ.”

“Don’t encourage your child to hit! He can decide to pursue it when he’s older! That he is far, far too young!” wrote another.

“Because we are kings,” Conor told his son.

On the other hand, there are many parents who agree with his teaching as there are ‘many bullies out there that need to be humbled.’ Others are writing how children need to be taught that it’s okay to stand up for themselves.

One user shared, “My dad told me to go for the nose and groin. What is wrong with protecting yourself? Grow up and stop parent shaming.”

A parent wrote, “I have 3 boys all grown up now. My motto to them growing up if someone hits you, then you hit them back harder. The only way to sort a bully is to stand right up to them and let them be afraid of you.”

Should he hit back or not? Parenting in 2021 sure is tough.